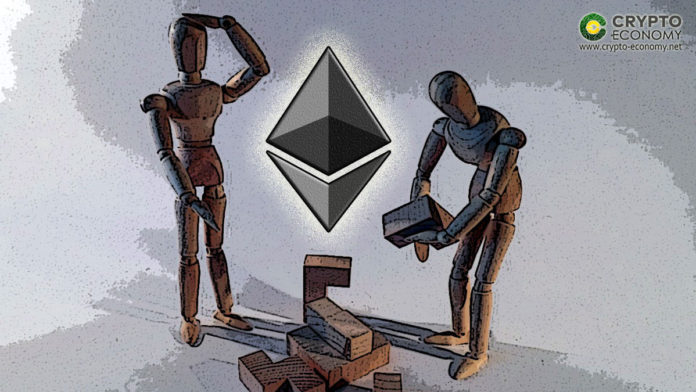 The planned Ethereum system-wide upgrade dubbed Istanbul has launched on testnet about two days before it was planned to roll out catching a lot of miners off-guard. It was initially estimated to roll-out on October 2nd at block #6,485,846 but the block, which was estimated to be mined on Wednesday this week, was mined on Monday morning at around 3:40 a.m. UTC.

Most miners on the Ropsten testnet were unprepared therefore they continued mining blocks on the old blockchain leading to a temporary chain split as the few that had shifted to mining on the new chain continued to do so.

“Looks like there is an issue with the Ropsten Ethereum testnet after it hit the #Istanbul block,” adding that “This is what testnets are for! Be aware that Ropsten will be unstable until this all plays out.”

Expounding on the same, team lead at the Ethereum Foundation Péter Szilágyi wrote on Twitter a few moments after Jameson’s tweet saying,

“The Ropsten #Ethereum testnet Istanbul forking is a bit unstable due to a huge miner pushing the non-forked chain.”

The temporary chain split has been attributed to poor communication between the different parties involved especially between the developers and miners on the Ropsten testnet. Had they been aware of the accelerated block generation timelines, they would have prepared for the upgrade.

A chain split shows a lack of consensus within the network validators or miners depending on the type of network. For a proof of work (PoW) network such as Ethereum and its sister chain Ethereum Classic, blocks are created by miners and added onto the longer chain, thus making the chain even longer.

In the case of the split on Monday, the activation of the Istanbul code upgrade for a minority of the miners meant that some miners were adding blocks to the old chain and yet others were contributing to the new chain. Such a scenario is not just dangerous for the blockchain in terms of security but also it leads to instability and uncertainty within the community.

It’s worth noting that this planned upgrade was not contentious and had been agreed upon by a majority of the miners. This incident was only caused due to poor communication between the miners and the developers.

“The complicated part about proof-of-work test network is getting coordination between miners,” Jameson told an industry media on a Monday afternoon call. “Right now, we’re trying to run some miners to get Ropsten on the correct Istanbul chain.”