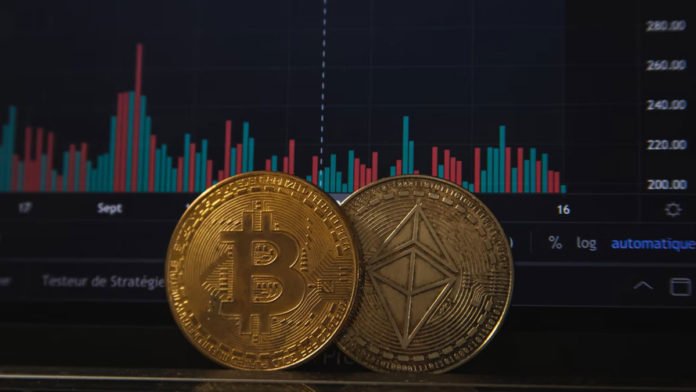 There are always comparisons between the size of Bitcoin and Ethereum blockchains and their data storage requirements, but they’re not always relevant. Some believe the bigger blockchain means more usage on the network, while many experts say the size can be a challenge for using the blockchain and starting a node.

Currently, the size of the Bitcoin blockchain is still bigger than Ethereum. But it seems Ethereum will soon surpass Bitcoin because of its rapid appreciation in blockchain size.

The latest blockchain size debate started with a tweet from a Bitcoin journalist and podcaster Peter McCormack, who compared the storage needed by a full Bitcoin node. It was answered with a retweet by The lead developer of the Geth implementation of Ethereum, Peter Szilagyi saying that the Ethereum chain is currently 175GB.

McLasso has claimed that 9TB of storage is needed for a full archival node of Ethereum. The sizes claimed in these tweets are yet to be reviewed. The size of both blockchains is currently growing at a kind of parallel trend. But the growth rate is currently higher for Ethereum. A trend that started in 2020 because of the DeFi boom. 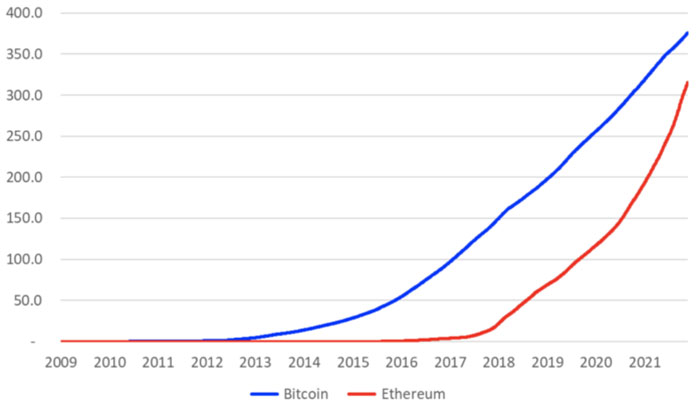 A new blog post is published on BitMEX, reviewing and analyzing the comparison between the blockchain size. The article talks about different methods of calculating the size of the blockchain. The size needed for a node to run and the size of archival nodes that are different on blockchains.

The most important outcome of the comparison between blockchain size calculations is that this comparison isn’t always relevant. According to the article:

“The comparison between the blockchain size for Ethereum and Bitcoin is not always particularly relevant. The Bitcoin blockchain is mostly sufficient to tell you all you need to know about the Bitcoin network. In contrast, the Ethereum blockchain itself is by no means sufficient to tell you much about the state of Ethereum. To do this, one needs to compute and store much more data; otherwise, you don’t know what many of the transactions are actually doing.”

There are some situations that size comparison that can be useful. Some situations directly affect the users of the blockchain, especially node operators. The minimum data someone needs to download from the internet to initially synchronize with a blockchain is important. It means the initial data storage and bandwidth investment you need to join a blockchain. In this case, Bitcoin and Ethereum are somehow the same, but it seems Ethereum is becoming bigger gradually.