Ethereum-Based Lido Announces the Expansion of its Layer-2 Services 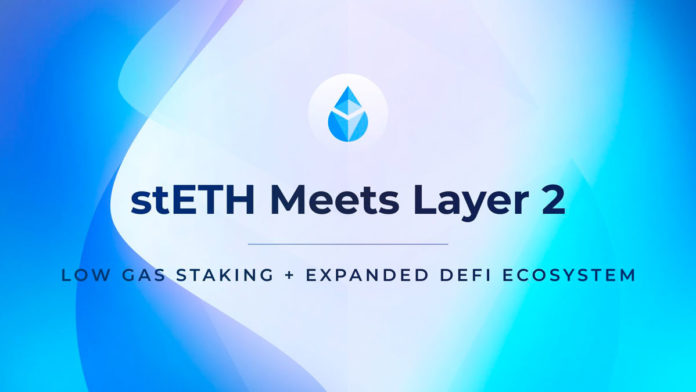 Keeping in mind the need for Ethereum scalability, Lido is bringing stETH to DeFi on Layer 2 in order to meet that need. In the same way that Ethereum is scaling, Lido is following suit. A new announcement has been made by the platform in regards to its expansion plans for L2 Lido, which will begin with the expansion of stETH across the growing ecosystem of L2 DeFi.

This means lower stake fees for Ethereum stakers and access to a new suite of DeFi applications aimed at enhancing yields for Ethereum holders.

It should be pointed out that Lido on L2 is not limited to any particular networking solution or network. As Ethereum Layer 2 evolves over the next few years, Lido will continue to strive to make its staked-asset tokens widely available throughout the Ethereum network.

It is a general term for a set of scaling solutions for Ethereum that fall under Layer 2 (L2). It is important to point out that layer two networks are intended to be used as extensions to Ethereum to provide additional performance capabilities. Layer 2s are separate blockchains, but because they maintain final settlement on a blockchain like Ethereum, they inherit all the security guarantees of Ethereum.

It is important to note that Lido is a network agnostic platform that is planning to support stETH on all sufficiently proven Layer 2 networks that have demonstrated an economic activity, starting with Arbitrum and Optimism. Over the next few weeks, more information regarding the deployment and timelines will be shared with you.