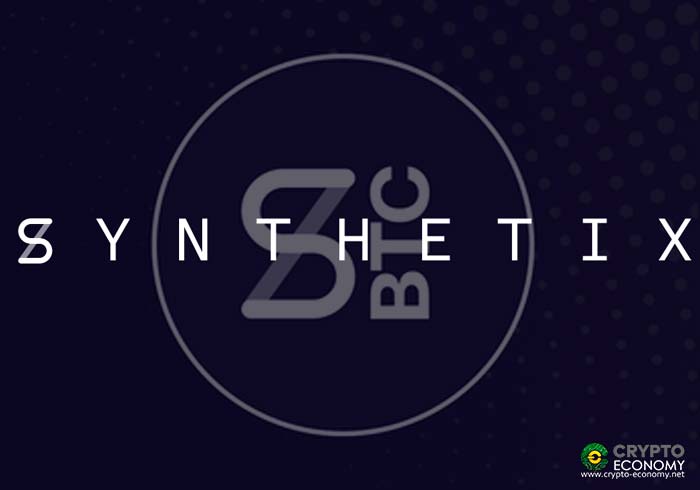 Australia-based decentralized synthetic asset platform, Synthetix launched the first of its kind synthetic Bitcoin (sBTC), an ERC-20 token (i.e., based on the Ethereum blockchain). According to a press release published on Monday, February 25th, the sBTC product will allow “Ethereum users to gain non-custodial exposure to Bitcoin, which means they don’t need to trust an institution or protocol to hold the underlying asset.”

sBTC will only be used on the Synthetix exchange and will provide more liquidity by enabling the exchange’s users to trade bitcoin-based currency pairs without owning ‘real’ Bitcoin. Synthetix also launched as part of the Monday announcement a bunch of other synthetic assets, including silver and a variety of fiat currencies.

Essentially, the value of sBTC is based on the Bitcoin’s one and introduces that value into the Ethereum network. This effectively eliminates the “the friction of owning a Bitcoin wallet or holding [Bitcoin],” the press release reads. “It also enables it to be used within the Ethereum ecosystem, for such purposes as trading or any one of the many others available on the blockchain.”

Synthetix founder and CEO Kain Warwick says that sBTC aims to fill a gap that exists because Bitcoin, the leading cryptocurrency by network value and adoption metrics, is the most liquid digital asset.

Through sBTC, this liquidity can be brought to non-BTC markets.

He says that “Ethereum still doesn’t have a programmable synthetic Bitcoin as an ERC20 token without major liquidity restrictions or custodial risk, so sBTC is providing real utility.”

He adds that “It’s an example of the benefits of the flexibility of a distributed collateral pool of crypto assets, which will allow us to continue to offer new trading possibilities not offered anywhere else.”

Some of the other synthetic releases bundled with the release of sBTC include the synthetic silver (sXAG), which tracks the price of an ounce of silver, sSGD (Singapore Dollar), sCAD (Canadian Dollar), sRUB (Russian Ruble), sINR (Indian Rupee), sBRL (Brazilian Real), sNZD (New Zealand Dollar) and sPLN (Polish Zloty). The fiat denominated synthetic assets are based on the values of their underlying fiat counterparts.

0
IDEX is an Ethereum-based decentralized exchange (DEX) launched by a group of cryptocurrency traders in 2017. It claims to offer real-time trading of cryptocurrencies
Read more
- Advertisment -