Home CryptoNews EOS.IO already has more than 250 projects in development on its platform
CryptoNewsFeaturedTechnology

EOS.IO already has more than 250 projects in development on its platform 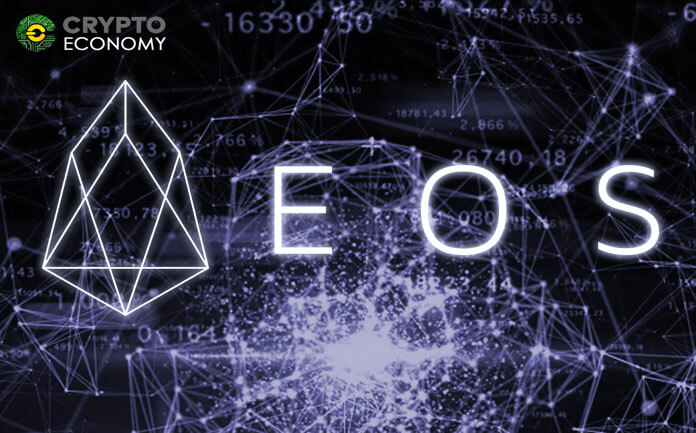 Powered by its native cryptocurrency, EOS, and launched by Block.one, EOS.IO is a blockchain protocol that operates as a smart contract platform and a decentralized operating system intended to support industrial-scale Decentralized Applications (DApps). The platform can handle millions of transactions within a second, one of the characteristics that distinguish it from other similar platforms.

Seven months down the line since its launch, the EOS.IO today has above 250 projects being built on its platform, -one of the startup blockchain software solutions in the industry. All these new projects offer security, immutability, scalability and traceability.

Due to the platform’s major improvements in speed, cost, sustainability and scalability, investors are continuously choosing EOS.IO. Also, decentralized blockchain applications that are built on other blockchains are migrating to EOS.IO. A good example is the famous Ethereum DApp, Bancor which recently expanded to the EOS blockchain.

All applications built on EOS.IO offer real-world utility that is safer, cheaper and faster compared to other alternatives available in the market. This has turned EOS.IO into the most used blockchain software in the world.

Other Benefits of EOS.IO

EOS.IO offers support to millions of users. –Through its scalability feature, the EOS.IO has been able to support millions of users on its high performing applications. EOS.IO is able to process over 4,000 transactions within a second on its public blockchain; this means the platform has an unlimited real world usage and is 200 times faster than most of its competitors.

EOS.IO offers free usage. –The platform, unlike other blockchain protocols, offers a quite favourable payment model for its users. No transaction fees are charged on the EOS.IO platform, also, all EOS.IO apps are free to use and therefore does not prevent businesses from determining their own monetization for their products.

EOS.IO software is designed for inter-blockchain communication. –This is achieved by making it easy to generate Proof of Action Existence and Sequence. These proofs combined with application architecture designed around Action passing enables the details of inter-blockchain communication and proof validation to be hidden from application developers, enabling high level abstractions to be presented to developers.

EOS.IO offers easy upgrades and bug recovery. –The EOS.IO platform is able to fix bugs when they inevitably appear and also support software and smart contract upgrades. The platform achieves this by allowing block producers to replace accounts’ code without hard forking the entire blockchain.