EOS improves its platform and launches its version EOSIO V1.5.0-rc1 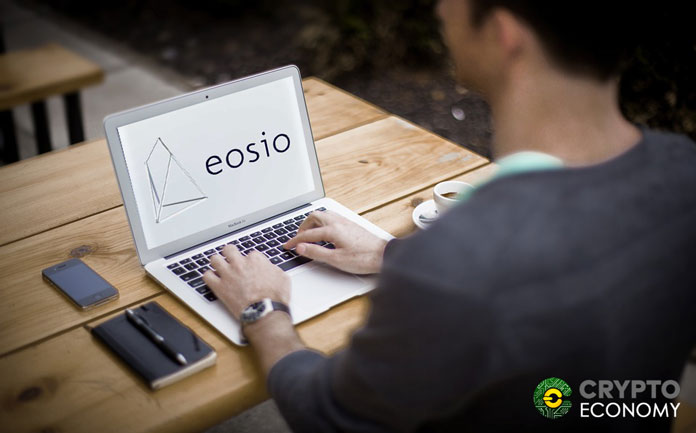 The latest EOS release version was announced today on Medium, the online publishing platform. The new EOSIO V1.5.0-rc1 has more detailed information on Github and there’s also an updated documentation on the EOSIO Developer Portal.

The new versions of EOSIO and EOSIO.CDT will be marked as ‘Release Candidates’ (-rc). This is so as to allow for more testing and documentation. The team is still collecting feedback on how the community is building apps on the platform.

As soon as documentation gets completed, the release will be promoted to a more stable level. This is to imply that V1.5.0-rc1 will be renamed to V1.5.0 and henceforth merged into master on the Github repository.

The Multithreaded Multisig Verification institutes efficiency in key recovery, now managed on separate threads through a thread pool in the controller when applying to a signed block. The term Multithreading simply implies that multiple contracts can be executed on the same chain and at the same time.

One of the most relevant updated in this new release is focused on the teams ongoing effort towards improving the functionality of EOSIO. The team intends to keep it among the fastest public blockchains on the ecosystem.

When synchronising a new node or replaying blocks to verify transactions, users will notice an increase in primary performance.

The EOS team have also created a new alpha release of the State History Plugin. This feature will allow real-time access to data on-chain. The State History Plugin also lays out a more suitable way of getting data through more web-scalable RPC frameworks. This will basically be the basis for a lot more improvements in the EOSIO platform.

There also are added security updates to Blacklisting and Whitelisting. Basically, this benefit block producers as they can more accurately respond to issues in the community and help resolve account recovery issues on the EOSIO public blockchain.

This security update acts as a stop feature in case a smart contract gets hacked and starts diverting funds to other wallets. It also provides a way of stopping authors creating rogue or malicious smart contracts on the EOSIO platform.