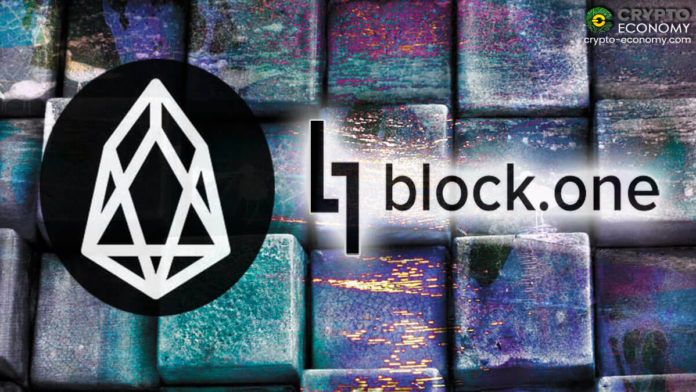 Block.one, the developer of the popular EOSIO blockchain software has announced that it plans to start participating in the voting process of electing block producers on the network.

In a notification on Wednesday, the software company stated that it plans to become more active in the governance of the blockchain to ensure that the network grows and becomes better with collaboration with the community and adherence to the Block.one mission.

“Ultimately, we will begin participating in block producer voting to more actively join other EOS token holders in ensuring the EOS network remains as healthy and revolutionary as ever,” the firm noted in the release.

Block.one holds close to one-tenth of the total EOS coins in circulation. Currently that is about 9.5% but Block.one adds that this percentage will decline with time due to the production of more coins into circulation through inflation. The software developer claims that its EOS holding is small but significant and its participation in the network governance will definitely be felt.

Basically, Block.one wants to become a part of the conversation in improving its brainchild which it launched in 2017. Since its launch, Block.one has taken a rather laid back approach and let other coin holders take part in the governance of the network as it watched.

“Block.one will participate publicly in the conversation and share and comment on ideas and proposals that we believe positively improve the governance, performance, and overall competitiveness of the EOS network,” the notification reads. “Our goal is to highlight improvements and features that we believe uphold the integrity of the network and push these metrics to new heights.”

EOSIO as a blockchain relies on a consensus mechanism known as delegated Proof of Stake (dPoS). It works by allowing coin holders to elect 21 representatives who are then charged with validating transactions and adding them to the block, therefore, creating the blocks. This setup allows for faster transaction times and therefore higher throughput.

“Today, it is able to perform more than 5,000 actions per second and accounts for the majority of leading public blockchain activity globally,” Block.one claims. “It boasts half-second block times, and does not require users to pay transaction fees to engage with its hosted applications.”

If these figures are true, this makes EOS one of the fastest blockchain networks. One criticism that the community has directed towards the EOS governance is that the election of block producers leads to centralization. However, in Block.one’s defense, it claims that there is a trade to the significant improvements over the current decentralized networks such as Ethereum and bitcoin.

“Improving upon Proof of Work blockchains, which are often governed and controlled by a small number of mining organizations and can be environmentally abrasive with high electricity requirements, EOS block producers are elected by millions of accounts around the world, can be changed at any time by the voting majority, and offer the highest performance output with minimal energy requirements.”