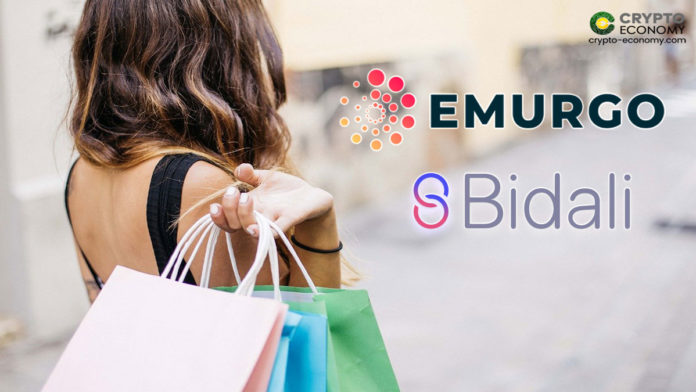 Emurgo announced the partnership in a press release on Tuesday, August 25. According to the announcement, ADA users can purchase name-brand retail gift cards through Bidali’s gift card site giftcards.bidali.com, as well as partner ecosystems which include a variety of wallets and exchanges. These gift cards can then be used as a payment instrument by 1,200 well-known retail brands, including Amazon, Nike, Starbucks, and Airbnb.

Emurgo said that this team-up Bidali is in line with its objective, which is to drive global Cardano ADA adoption. The partnership will offer a new real-world, commercial use case for ADA and further increases its liquidity.

“EMURGO is delighted to increase the real-world utility of Cardano ADA and give ADA holders the option to purchase products from a wide spectrum of some of the world’s most well-known brands. We are happy to support Bidali and platforms adding to the Cardano ecosystem with our resources.”

This is not the only effort to increase ADA adoption. As Crypto Economy reported, Emurgo has recently announced a partnership with crypto-friendly online hotel booking platform Travala.com. Following Shelley’s mainnet launch, Emurgo is also working tirelessly to provide best-in-class staking services to ADA users. To boost ADA staking, Emurgo has partnered with Moonstake, the largest staking pool network in Asia.

Bidali, based in Calgary, Canada, is a payment processor that leverages blockchain technology to business businesses increase sales, and eliminate fraud with next-generation payments and more flexible gift cards. “This partnership will add further value to the crypto-community by demonstrating real utility, as well as bring more users to Bidali’s platform,” said Emurgo.

“Cardano is a very promising project. As we’ve seen blockchain and other distributed ledger technologies develop, Cardano is third generation technology that is now finally getting us closer to the performance, scalability, and cost-effectiveness required to bring the benefits of cryptocurrency to the mainstream and begin to solve some very large global problems. We’re very excited to be applying this towards the gift card space where fraud and lack of traceability are huge problems.”