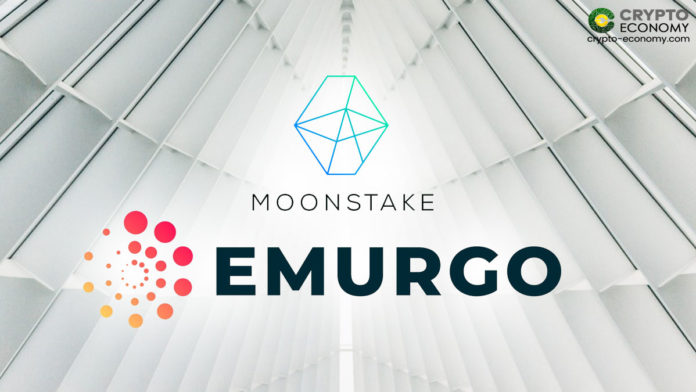 After the release of Shelley mainnet on July 29th, Cardano has now moved from a centralized, federated system to a fully decentralized one with delegated staking features and rewards incentives.

The launch of Shelley has brought opportunities for ADA holders to stake their ADA and earn rewards. To boost ADA staking adoption, the commercial arm of Cardano Emurgo has partnered with Moonstake, the largest staking pool network in Asia.

Emurgo announced the news in a press release published on Tuesday, August 11. The partnership aims to drive blockchain staking activity and accelerating industry adoption of staking within Cardano’s ecosystem.

Currently, Moonstake’s staking pool supports Cosmos, IRISnet, Ontology, Harmony, Lisk (LSK), Centrality (CENNZ), Quras (XQC), and Tezos (XTZ). The recent partnership will also add support for Cardano ADA in this stake pool. ADA will be the 9th stakeable asset on Moonstake. Emurgo said that this would provide current users with a flexible option to adopt ADA for staking purposes and increase the number of ADA users.

According to the announcement, Moonstake has already set up 3 initial validators in Cardano ADA pools for staking and more validators are to be added soon. Before launching the full-scale functionalities of the ADA staking pool, both companies will conduct a thorough technical evaluation to verify compatibility. Once Moonstake’s stake pool for ADA is fully functional, users will be able to securely and easily participate in ADA staking pools.

Moonstake Limited, headquartered in the Cayman Islands and Singapore, was founded in 2020 to create the largest staking pool network in Asia. The company provides its staking services through Moonstake mobile and web wallets.

The company has also partnered a publicly-listed Singapore-based marketing company, OIO Holdings, that carries out active marketing activities across the region to boost its wallet and staking services. This binding will also further broaden awareness of EMURGO and Cardano ADA.

“Cardano brings a new standard in technology – open and inclusive – to challenge the old and activate a new age of sustainable, globally-distributed innovation. We believe the partnership with EMURGO will create a new era of staking across Asia.”

Ken Kodama, CEO of EMURGO, about the partnership, commented:

“We are excited to partner with Moonstake, which is committed to creating Asia’s biggest staking pool network. We believe that this partnership further boosts Cardano’s decentralized blockchain ecosystem and grows the wider blockchain community.”

0
Over the holiday weekend, the global cryptocurrency market along with Cardano which posted a weekly recovery of 18.67%. As the year drew close, several...
Read more
- Advertisment -
Posting....