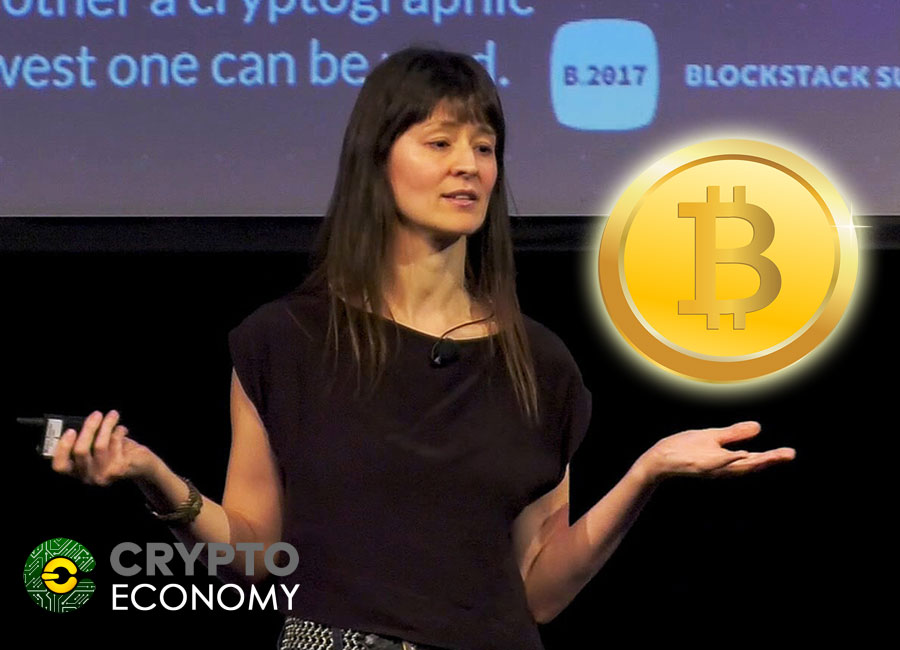 Blockchain technology has advanced by big steps, so much so that for many it is unknown, and its contributions are just beginning to be understood. It is certainly a paradox of these times, in which the speed of innovations surpasses the ability of understanding and adoption of most people. However, there is a growing consensus that Blockchain is the most outstanding positive technology that has emerged in recent years, and more in this cryptographic trend.

This significantly affects the understanding of bitcoin both as digital currency and its scope in the economic phenomenon. Elizabeth Stark, CEO of Lightning Labs, argues that we are in fact entering what may be called a “bitcoin, not blockchain” world, in an attempt to define this moment in which there is debate about the cryptoactive economy, without discard the merits of blockchain technology in any way.

Stark recently told a digital media that “..we have entered a world ‘Bitcoin, not Blockchain‘, where people understand the value of cryptocurrency technology and what they can provide” (quote textually).

As we know, Lightning Labs has been developing a protocol that improves aspects of Bitcoin scalability, making it faster and more efficient. For Stark, we are at a time when it gives the impression that the blockchain has separated from the debate, becoming a thing apart from the cryptocurrency. This opinion certainly seeks to counteract the tendency that prevails in the subject regarding focusing only on blockchain, while discarding everything that bitcoin and other cryptocurrencies are contributing.

Recall that Lighting Labs is the force behind the Lightning Network that serves as a backup solution, as a second layer, to solve the problems of Bitcoin scalability, as we mentioned. Lighting Network develops payment channels for bitcoin users to carry out their transactions outside the block chain and only record the net results of those transactions.

Put another way more understandable, Lightning Network paves the way for instant payments out of the chain, which is a decisive improvement for the massive adoption of bitcoin, and said by the way, of all the cryptocurrencies that copy this method.

At the pace that implementations are developing, it is to be expected that Visa’s maximum transaction speed of 56,000 transactions per second will soon be surpassed, which looks like an achievable goal and that will place Bitcoin in the means of payment to be considered at the global without the barriers of understanding their technology, and other aspects that still make some resistance in many people.

It is appropriate to highlight in this note that there will be no ICO for Lightning. In fact Lightning Labs recently closed its investment seed round, in which big leaguers like Twitter and Square CEO Jack Dorsey, as well as Charlie Lee from litecoin, and Vlad Tenev, co-founder of Robinhood, participated.

Stark stressed that Lightning Labs has the answer to the criticism that looms over bitcoin as a mere speculative investment, and that its protocol would make it possible for the average crypto user to prefer bitcoins as everyday currency with what that means.