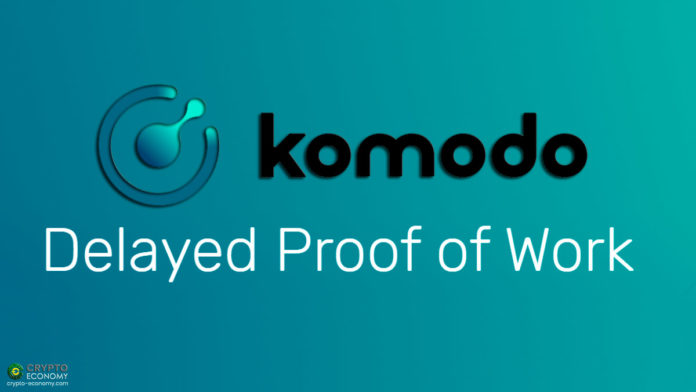 dPoW, what is it?

Delayed Proof of Work (dPoW) is a second layer mechanism that is responsible for providing an extremely high level of security by protecting each blockchain integrated with the power of the bitcoin network, in addition to the common consensus rules in a blockchain .

The operation of this mechanism is divided into the following steps:

The Notary Nodes of Komodo

Komodo offers a network of Notary Nodes fully decentralized and distributed globally consisting of 64 nodes, of which 30 are chosen by the community, 4 nodes are reserved for developers and the 30 most notorized during the year are automatically renewed.

These Notary Nodes are responsible for guaranteeing the immutability of data in the Komodo blockchain to increase network security.

The Komodo project began to be built in 2014, since its launch the Komodo team has pioneered the development of dozens of innovative technologies.

“Komodo is the world’s most advanced blockchain platform. Built atop a composable, multi-chain architecture, Komodo’s Antara Framework gives every project a fully customizable Smart Chain that can natively support games, contracts, and apps.” They say on their website.

When people don’t know about a subject it gives them distrust. Blockchains are something relatively new and many people have never heard of them, others have heard but do not understand them and only a minority has been informed about them and knows their technology.

Blockchain security is essential for technology to thrive. People leave their fears aside and begin to trust it, which is why the developers of the different projects put their best efforts to improve this part. Komodo and its dPow have advanced a great step on this path.

Even so, many blockchain are not safe, so they become the target of hackers. In the last 2 years there have been 12 attacks of 51%, which in addition to large economic losses cause people to distrust the sector.

dPow secures more than 30 blockchains from different projects and has successfully defended 51% attacks.

In addition, dPow is compatible with all UTXO-based block chains, whether or not they were created on the Komodo blockchain.

0
Staking is one of the attractive use cases of cryptocurrencies that acts as a financial incentive for regular users, too. Many platforms provide staking...
Read more
- Advertisment -
Posting....