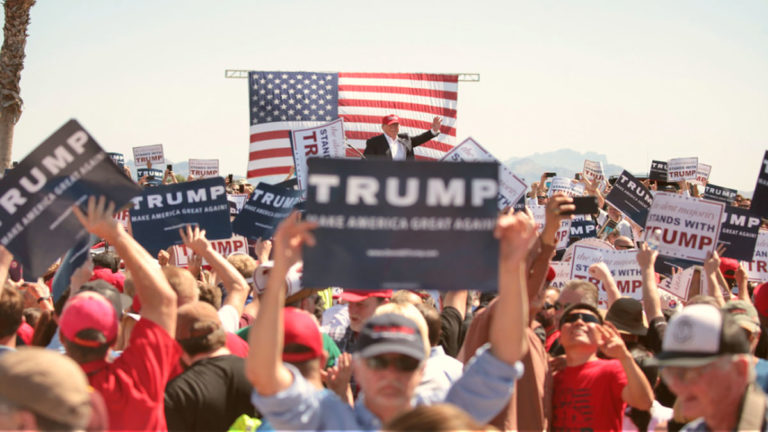 In an announcement on the official White House website, it was revealed that U.S. President Donald Trump nominated a crypto-friendly individual as the next national bank regulator. The announcement, published on November 17, shared Trump’s intent to appoint Brian Brooks as the next ‘Comptroller of the Currency’ for a five-year term.

Brooks has previously worked as the Chief Legal Officer at Coinbase, a position that he has left in March to become the second in command at the Office of the Comptroller of the Currency (OCC). Now, the crypto-friendly regulator is set to become the national bank regulator for the next five years.

Beginning his new career with a great achievement, Brian Brooks decided to implement a federal licensing regime for new fintech startups. By doing so, he removed the additional step of obtaining a state-by-state money transmitter licenses, which cryptocurrency and other virtual exchanges still require.

Besides fintech, Brooks also began to carry a crypto-positive sentiment in the highest financial administration in the U.S. In July, he published a letter revealing that nationally-regulated banks had the ability to offer crypto custody services. Months later in September, Brooks also announced that they could provide services to stablecoin issuers.

However, the question still remains if the President will be able to appoint Brooks to this position. The OCC is regulated by the U.S. Senate Banking Committee, which will need to confirm his position in a hearing. Even then, the Senate must approve of Brook’s nomination before he finally receives the position.

Will Biden’s election win result in the crypto-friendly regulator failing to become appointed?

As the Presidential elections have been highly uncertain, we cannot be sure if Trump will stay in the position to nominate and appoint Brooks. If Biden is selected as the next President of the United States in January, he may choose to nominate someone else. Such an outcome would be catastrophic for Brooks since a Democratic-controlled Senate is unlikely to approve his nomination.

Last week, several Democratic representatives criticized the newly nominated individual for focusing too much on cryptocurrencies. The Senators have asked him several questions regarding his work with crypto. Additionally, they have asked Brooks why he was spending so much time on the disruptive industry instead of solving problems such as minority banking and financial inclusions.

Since the head of the OCC is the first person to be appointed by a President in the new term, it is highly likely that whoever wins would likely nominate a person of his own choosing. Therefore, Biden may decide to completely look over Brooks and select a candidate that has not been picked by Trump.

Nevertheless, an optimistic outlook results in Brooks ending up as the new head of the OCC. In that case, his term would perfectly coincide with a new Bitcoin bull run. On that account, we could expect the United States to become a front runner in widespread cryptocurrency adoption.