Dogecoin [DOGE] slips to 8th spot; will Elon Musk come to the rescue? 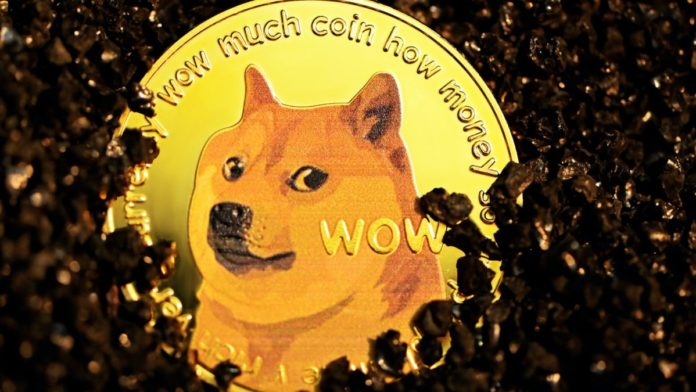 Dogecoin [DOGE] has fallen behind XRP and USDC stablecoin. The combined valuation of the cryptocurrency market, on the other hand, fell below $1.3 trillion after peaking above a massive $2.5 trillion in May this year. But things change rapidly in the cryptocurrency space.

There is a great ruckus in the market now as very few bought the dip. Apart from Michael Saylor and PlanB, not many have been able to keep their spirits high amidst market-wide rout.

Bitcoin’s [BTC] brief drop below the $30,000 further added to the market woes. The contentious meme-coin was now in the 8th spot after falling from grace. Its market cap now stood at a mere $24 billion. What’s more interesting is that the digital asset has lost over $72 billion since Tesla CEO Elon Musk’s appearance on Saturday Night Live.

The DOGE Goes Down

Dogecoin was among the top crypto assets that suffered severely amid the ongoing sell-off. In addition to losing the support at $0.3, DOGE also breached the $0.2 level. The above chart depicted the massive drawdown that it faced since reaching a peak near $0.7 to the press time price of $0.19.

In short, DOGE shed well over 70% of its gains in less than two months. As daunting as it sounds, a bullish respite does not seem likely in the inkling. The Relative Strength Index [RSI], for one, has surrendered to the oversold conditions as selling intensified and investors fled the asset. However, a bottom is yet to form. Meaning, there is more room for downward price action.

But where is the Doge Father?

As the crypto market trembles with FUD induced by China’s crackdown, there is not a single tweet from the “Technoking” himself. In the last couple of weeks, Dogecoin has crashed rapidly than its peers but it was not tough to notice that Elon Musk was conspicuously quiet about it. While Musk has continued to promote the change to the token’s fee structure, he hasn’t commented on it for quite some time.

Given the eccentric billionaire’s history of being vocal across social media channels on Dogecoin, the silence was intriguing. Is he trying to distance himself from the crypto?

Well-known Bitcoin advocate and former exec of Bitrefill John Carvalho took a jibe and asked where Elon Musk was. Following is his tweet on the same:

0
According to a series of text messages that were revealed, Sam Bankman-Fried's guru told Elon Musk that he might be interested in buying Twitter. A...
Read more
Price Prediction

0
The top meme coin is Dogecoin, which is considered to be the most awesome of them all. The digital token has gained a great...
Read more
CryptoNews

0
Twitter has sued Billionaire Elon Musk over his violation of the $44 billion deal to buy the popular social media platform. As per the...
Read more
- Advertisment -
Posting....