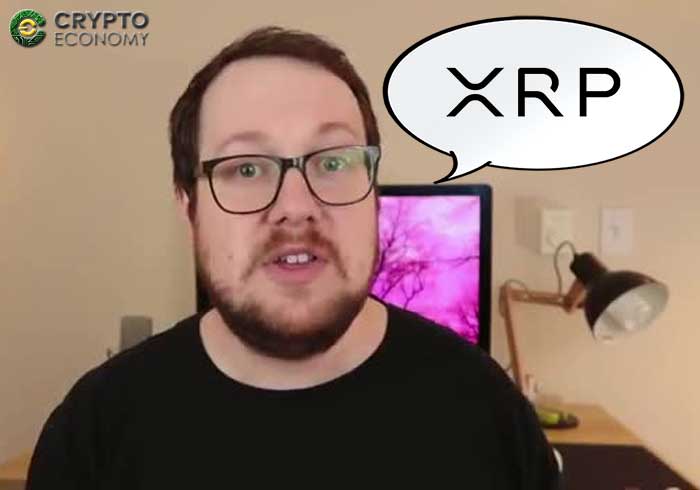 Jackson Palmer, creator of cryptocurrency Dogecoin, recently gave his opinion about Ripple and XRP, claiming that they use social networks at their whim to promote themselves.

The genius programmer and creator of the website “Are we Decentralized Yet?” held an interview at Laura Shin’s podcast in which he said that the Initiative Q and Ripple were similar in terms of marketing.

In regard to Ripple, Palmer said they did a good job creating “awareness, hype and excitement” in their community, adding that unlike other crypto startups – such as Ethereum, which has multiple projects that point them in different directions – they are very focused.

To him, generally speaking, people who are in XRP and Ripple do not use other cryptocurrencies, and later on, compared it with Initiative Q.

In that sense, Palmer said the Initiative Q was some sort of multi-level marketing pyramid scheme that are trading referrals as currency.

“If you look at some of the people that are on the community team for Ripple, for instance, if you look at the Twitter presence, it’s absolutely off the charts in terms of how much they’re manipulating Twitter as a medium for promoting Ripple whether that’s them, or if they’ll claim that they don’t own the bot networks. But sure, it’s just, it’s very interesting to watch. And, and I feel like Ripple is kind of like, just like InitiativeQ without referral codes in a way.”

Finally, he asserted that the Initiative Q’s marketing strategy is a copy of PayPal’s, since the aforementioned company was sold to the payment processor firm a few years ago.

Are we decentralized yet?

During the podcast, the Dogecoin creator also talked about his website and how it has become more and more difficult to collect data from decentralized blockchains, emphasizing that there is currently less data than there was a year ago.

At the same time, he added that there are numerous cryptocurrency projects with multimillion-dollar funds to finance their foundations, which also make public the numerical data to show a certain narrative.

The cryptocurrencies market manipulation has been widely discussed by many personalities in the crypto ecosystem, and without a doubt, social media is an important part of this process.

Their influence is such that a simple post, may turn the tides on the current price trend of any cryptocurrency.

It is even rumored that more and more influencers or personalities accept payments to promote cryptocurrencies. A well-known case is John McAfee, who on several occasions has issued comments that have had an impact in the prices of several minor crypto assets.

0
Elon Musk and his popular organization are caught in a flurry of allegations for running and supporting a pyramid scheme to support Dogecoin. Along...
Read more
CryptoCurrency News