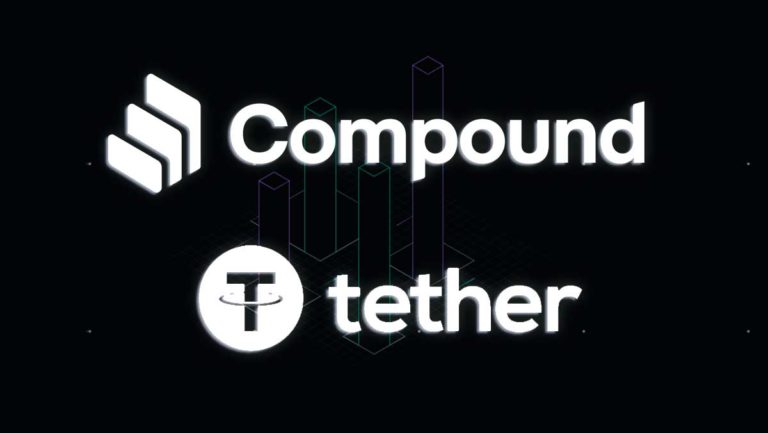 After launching its community governance protocol earlier in April, the DeFi platform Compound has completed its first governance proposal. The proposal has been executed and now Tether (USDT) is a supported asset on Compound.

The Twitter handle of Compound made the announcement on early Saturday, May 2nd. According to the announcement, Tether is now available on Compound and users can lend and borrow USDT following a poll of the protocol’s governance token holders.

Compound, on April 27th, announced the creation of first governance proposal, titled Proposal 001- Add USDT Support. The proposal asked COMP token holders and their delegates to vote on whether to add Tether (USDT) on the platform or not.

In the announcement, DeFi platform clarified that this proposal would add USDT as a borrowable asset with its own interest rate, but would not allow USDT to be used as collateral.

In order to add Tether (USDT) on the platform, Compounds team developed an improved cToken contract, which adds support for token transfer fees in the underlying token, and optimizes gas costs, and an updated price feed that pegged USDT to $1.

According to Compound, by using a peg, weakness in the underlying asset won’t change collateral requirements for users borrowing Tether.

On April 29th, the company announced that voting for the support of Tether on the platform has ended. The proposal was successful as it received 797,981.28 for votes and 85,580.73 against votes. The April 29th announcement reads:

Finally, on May 1, the Compound’s team announced that the proposal had been executed and Tether (USDT) is now available on the platform.

“The first Compound governance proposal has been executed, and Tether is now available to supply and borrow through the Compound protocol — we’re incredibly excited to watch the market evolve.”

As Crypto Economy reported, on April 16, Compound launched its community governance protocol, decentralizing the nature of its governance by going live with a token-based mode. This token-based approach has allowed COMP token holders and their delegates to make changes in the Compound’s platform.