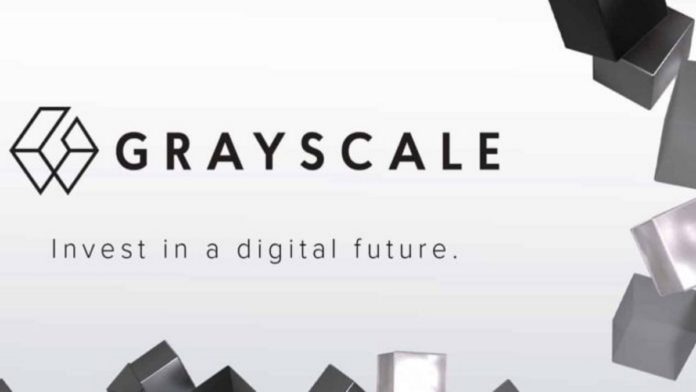 Institutional adoption of Bitcoin is here. Grayscale is all over the news! In the latest one, its owner is now all set to buy GBTC.

Grayscale’s parent company Digital Currency Group [DCG] has announced its plans to buy up $250 million worth of shares of Grayscale Bitcoin Trust, GBTC.

In line with this, the DCG intends to use cash on hand in a bid to fund the purchases which will be processed on the open market, at management’s discretion. This will also take place in compliance with Rule 10b-18 under the Securities Exchange Act of 1934.

The official document shared by the company stated that the share purchase authorization does not obligate it to buy any specific number of shares in any period. DCG may expand, extend, modify, or discontinue the share purchase at any time. It also added,

“The actual timing, amount, and value of share purchases will depend entirely upon a number of factors, including the levels of cash available, price, and prevailing market conditions.”

Just last week, Grayscale Bitcoin Trust [GBT] was found to be trading at a modest discount to its underlying cryptocurrency holdings. Crypto-Economy had reported that GBTC flipped negative for the first time ever after it dropped by nearly 12%.

Despite this, the investment vehicle has remained very popular especially after the Bitcoin price started picking up pace.

Grayscale Parent DCG Is One Of The Most Active Investor

DCG investment in its subsidiary was indeed a major development in the ecosystem. However, this is not the first time when the DCG has invested in notable firms in the cryptocurrency industry.

While DCG is not holding Bitcoins directly, it has, however, joined the likes of business intelligence firm, MicroStrategy, payments giant Square, and car manufacturer Tesla which have pioneered scooping up Bitcoin in droves by allocating cash holdings.

The latest development comes just hours after reports of Grayscale trying to Bitcoin ETF emerged. According to the digital asset manager’s website, nine of the job postings were executive for roles concerned with the exchange-traded funds.

While the company does not currently offer any exchange-traded products, Grayscale does provide several cryptocurrency trusts. Grayscale’s job postings related to “ETF business,” comes at the back of multiple ETFs going live in Canada’s Toronto Stock Exchange.

In a related news, the world’s third Bitcoin exchange-traded fund called, CI Galaxy Bitcoin ETF,  was launched on the 9th of March.

0
Bitcoin miners in Texas, including Argo and Riot, have opted to switch off their rigs because of non-supportive weather conditions. As per the weather forecast,...
Read more
- Advertisment -
Posting....