Dash is helping the situation of many Venezuelans 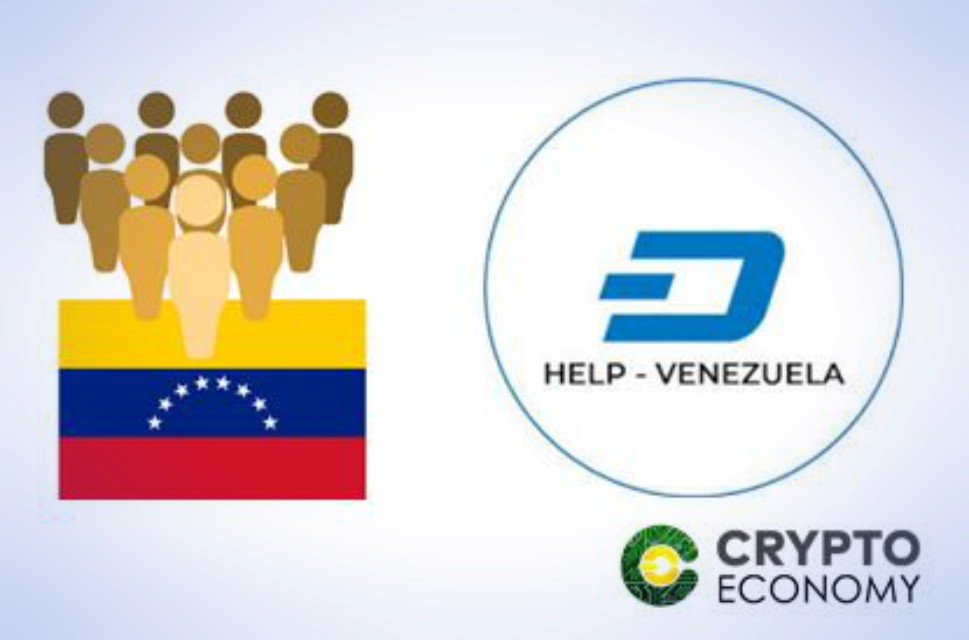 The dire economic, social and freedom situation that Venezuela is going through is already a Latin American regional problem that has ignited the concern not only of America but of the entire world. However, despite the multiple restrictions to which Venezuelans have been subjected, crises have opened opportunities for alternative means of legitimate subsistence, such as cryptocurrencies. Although Bitcoin has had an important reception in the Caribbean country, it is Dash the cryptocurrency that is growing the most among Venezuelans, with an important range of possibilities.

The hyperinflation in Venezuela is going up to levels never seen in the region, and even more so considering that it is an oil country. The International Monetary Fund predicted that Venezuela would experience inflation of up to 1,000,000% this year, however these estimates would fall short as President Nicolás Maduro announced in recent days a series of measures aimed at stabilizing the economy according to his understanding, of the which resulted in the 95% devaluation of the bolivar and its anchoring to the not yet clarified cryptocurrency backed by the state, the Petro.

Being a situation framed in a total lack of credibility and confidence, Venezuela’s already battered economy is catapulting into a disaster of humanitarian proportions, in which the paralysis of all productive enterprises is almost a fact in the short term, with the tragedy that means for the livelihood of the population of that country.

However, cryptocurrencies have been a lifeline for many Venezuelans who, through a hyperinflationary situation, have been prevented from accessing food, goods and services through the sustenance they previously received in local currency, the bolívar, now called “Bolívar Soberano” after the measures announced by the Maduro regime in recent days, and the adoption of a new monetary conversion due to hyperinflation.

But in a hyperinflationary scenario where the value of the currency and its transactions is decreasing every day, the need to adopt a solution that allows to accumulate value and to be protected from the harmful effects of an active hyperinflation is a priority, and that is also where the cryptocurrencies they are playing a fundamental role in the Venezuelan reality.

Precisely in terms of means of payment that protect the value is that cryptocurrencies like Dash, with low transaction fees and almost immediate transaction processing speed have been growing significantly in adoption among Venezuelan merchants.

DiscoverDash.com lists local companies from around the world that accept Dash. These days 5 of the 6 newest merchant registrations on the website were located in Venezuela, which speaks of the imminent monetary criptoadoption of Venezuelan merchants facing the economic measures of the Maduro regime.

The characteristics and also the safety of Dash as a project makes the biggest difference. Dash has the Core Group that helps run the network and takes care of some new funds generated by the underlying code of the currency, funds which are usually allocated in a portion to support projects and ideas that seek to foster the adoption of Dash.

Dash Core Group has invested around $ 1 million in Venezuela, financing from billboards to sales representatives in that country. The people of Dash invests in Venezuela in this way being also the first case of a cryptocurrency that is inserted in an important way in an inflationary economy to serve as an alternative means of payment and thus rescue the commercial activity of a country.