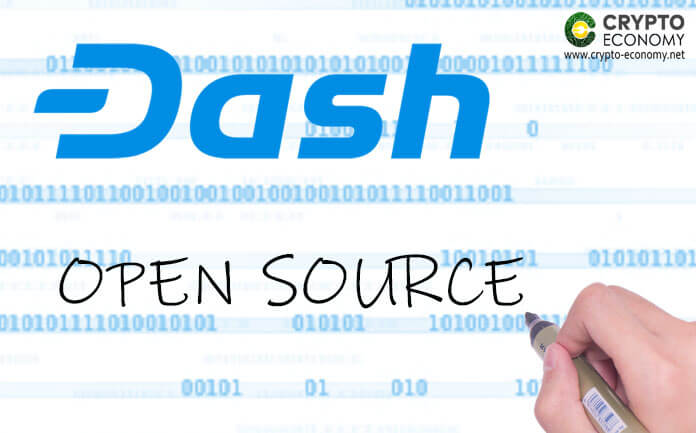 Dash Core, the group behind the Dash cryptocurrency project has revealed this week that it has been releasing repositories of the Dash Evolution source code to the public in an aim to make the project more open source.

Thus far, the group has kept the development of the Dash blockchain private both for security and competitive reasons, however, this decision may have sparked a lot of criticism from the community as most blockchain projects are publicly available in coding platforms especially GitHub available for the public to scrutinize and hunt for bugs. Due to public pressure, the Dash Core Group made promises to release the source code when it is ready for open-sourcing, a promise it is aiming to achieve now.

It is worth noting that Dash Evolution is only part of the three components of the Dash blockchain which are made up of the Dash Core and Dashpay Wallet in addition to Evolution (also referred to as Dash Platform). Therefore according to the announcement, only the Dash Platform will be released to the public thereby allowing the Dash blockchain to maintain its competitive edge while also allowing the community to participate in the development of the blockchain ecosystem.

Deputy CTO of Dash Core Group Nathan Marley, who penned the announcement stated that the release has been going on for the better part of this month and is scheduled to end by the end of the month. He also mentioned that the entire Dash Core team is actually very excited about having the Dash Platform repositories available to the public.

“The entire development team is really excited and has been itching to get these projects released to the community. I’m super proud of them for everything they’ve accomplished to create this code, and grateful for the support of the rest of the team and the community to help us get where we are now. It’s definitely been a team endeavor and we couldn’t have arrived here without the combined efforts of everyone involved,” he wrote.

Agnew Pickens, a developer on Reddit who has been tracking the release of the platform has reported that 51 repositories have been made available as of yet. According to Marley, the software is still in early stages of development and the Core team is expecting the developer community to help out in the future development and getting it to Mainnet rollout. He wrote,

“This software is still relatively new and changing fast. It’s somewhere between alpha and beta level. Please help us test it out! 🙂 One huge benefit of opening this codebase is the number of eyes we’ll get on it. You will find bugs, and we hope you’ll report them — or better yet, submit Pull Requests to help us fix them!”