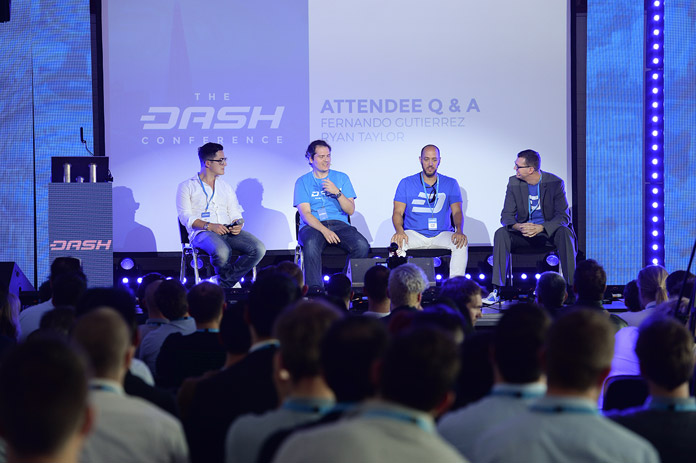 For the better part of last week, Dash investors and supporters had grown restless over the possibility of a 51% attack on the Dash network similar to an attack on Ethereum Classic over the past week. As we had previously reported, one Reddit user had revealed how NiceHash, a cloud-mining marketplace, was controlling more than 70% of the total Dash network hash rate while also controlling three (and possibly four) of the top-earning mining addresses on the network.

Following this development, a Dash Core Group gave a statement yesterday that sought to calm the nerves of uneasy investors. In the statement, the developers confirmed investor suspicions but also gave assurances that the party being accused of controlling a majority of the hashing power was not a malevolent entity. On top of this, the statement provided proof that NiceHash, the accused party, was taking necessary steps to reduce its influence on the Dash network. Part of the statement read that:

“…we don’t believe the entity in control of the wallets in question plans or want to attack because their mining activities began at least 4 months ago and their blocks have been published for all to see.”

As we reported last week, NiceHash was controlling close to 75% of the Dash mining power but over the course of the past week, they have taken measure to reduce their hash rate to as low as 25-30%. The Dash Core Group statement also provides a graphic to prove this claim. This move has shown that NiceHash is indeed a benevolent Dash supporter and is also wary of controlling a majority of the network’s hashing power. 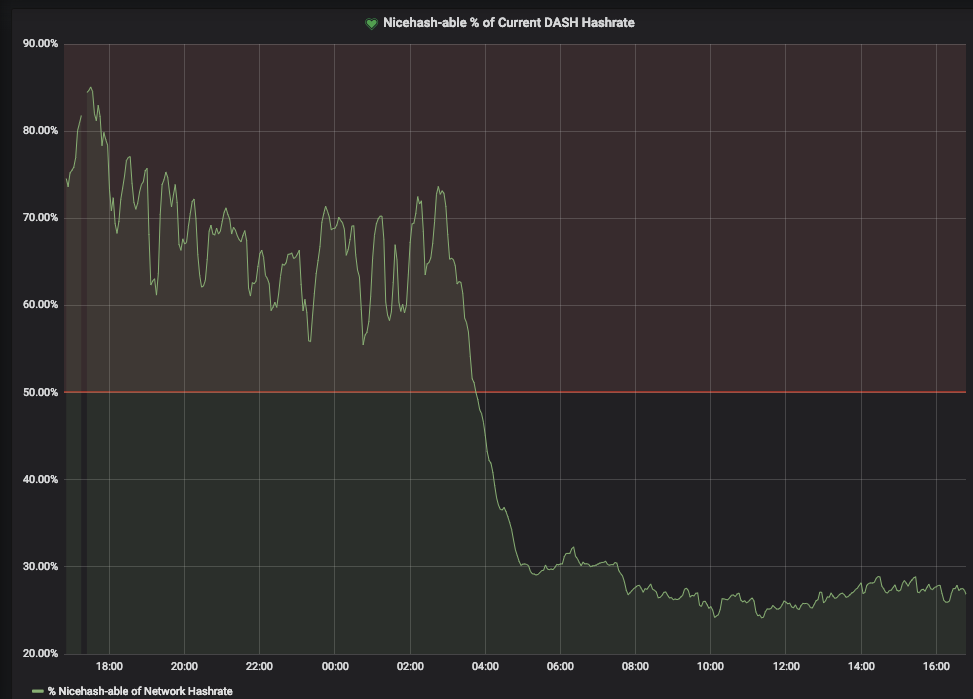 The statement went on to laud the entities using NiceHash to mine Dash coins saying that they:

“have begun to remove their hashing power from NiceHash and diversify into various mining pools. This removes the risk of a malicious party renting the hashing power via NiceHash and simultaneously signals that the entity in control of the hashing power does not have negative intent. We believe the miner behind the hashing power was made aware by the same info we discovered online and quickly moved to more protected pools as they appear to be a major stakeholder of Dash.”