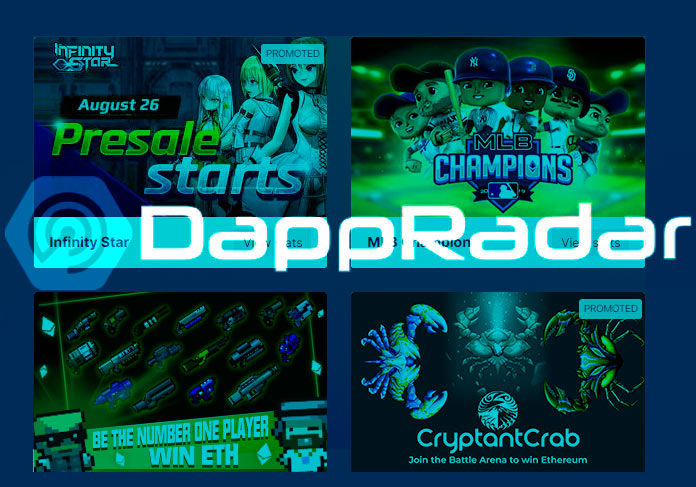 The companies raised $2.33 million, an amount that will be put towards research and development as well as the expansion of services in the leading dApp resources website.

So far the DappRadar website reports on activity from 7 blockchains which include leading platforms such as Ethereum, EOS, Tron and Loom Network.

More than 2,500 dApps are being tracked on the platform. Statistics such as the number of users each dApp has at a given time as well as the transaction volume that the application registers are reported as accurately as possible.

This is information that theoretically should be used to gauge the market conditions and help developers engage with their users and hopefully create better applications.

According to DappRadar’s Ian Kane, the services attracts the most number of users in the space due to its listing criteria and openness in applications analysis.

“Unlike some of our competitors, we have a public, robust attitude in terms of filtering out what we consider ‘fake’ or ‘manipulated’ traffic, notably traffic generated by bots,” he said.

Reiterating this statement, Samuel Harrison, who is the Managing Partner at Blockchain.com Ventures said in a statement that:

“DappRadar is playing a vital role in bringing trust, transparency, and discovery to the fragmented world of dApps… We hope to play a role in accelerating their impact on the ecosystem.”

Speaking to industry media, DappRadar’s Jon Jordan, who serves as the company’s director of communications said that the DappRadar’s main goal is to serve the most accurate data about the industry that also leads to the better discovery of applications.

In his opinion, dApps are more secure than traditional software installed on computers.

“Anyone can build a dApp on top of a blockchain, [and] dApps shouldn’t directly impact the security of their underlying blockchains,” he said.

“All the smart contracts dApps use are open-source and can be audited, and the security risks they pose to users are arguably lower than those of traditional software.”

As part of the investment in DappRadar, Naspers Ventures’ Banafsheh Fathieh will be joining the company’s board. In a statement, Fathieh said that “Naspers Ventures’ strategy is to invest in companies and sectors with high, long-term growth potential. Blockchain is beginning to disrupt and revolutionize a number of key industries and DappRadar has succeeded in creating a strong commercial brand and product in the space. We are excited about our partnership and the opportunity that lies ahead for the company.”