Home CryptoNews Companies Cryptopia Reveals That As Much as 9.4% of Its Holdings Were Stolen...
CryptoNewsCompaniesFeatured

Cryptopia Reveals That As Much as 9.4% of Its Holdings Were Stolen In the January Attack 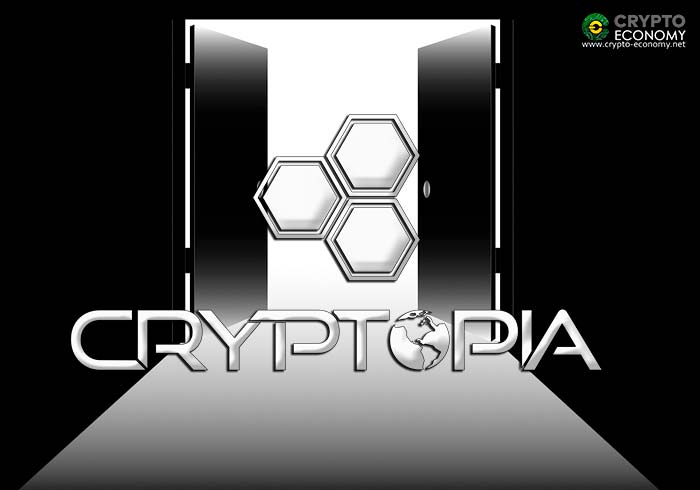 It’s been 6 weeks since Cryptopia went offline following an attack on the service’s treasury accounts. The New Zealand-based cryptocurrency attack suffered multiple attacks over the latter half of January, leading to significant loses.

The exchange did not immediately provide any estimates or figures pertaining to the value of cryptocurrency that it lost due to the hack. In fact, the exchange went silent, not updating its social media pages, to the chagrin of its customers.

This left room for speculation and rumors. One analytics and research firm (Elementus) estimated the net loss in ball pack of $16 million and yet another (Chainalysis) speculated that the attack was conducted by two of the most infamous hacker groups dubbed “Alpha” and “Beta.”

The second claim is hard to verify but the first claim may be soon cleared of the speculation list. On the 26th of February, Cryptopia Twitter account became more active posting a series of updates going into the 27th pertaining to the January attack. Most notably was the statement on the estimated amount that the exchange lost to the hackers.

The first tweet from the exchange estimated the losses at roughly 9.4% of the total asset holdings by the exchange.

The tweet read: “We are continuing to work on assessing the impact incurred as a result of the hack in January. Currently, we have calculated that worst case 9.4% of our total holdings was stolen. Please keep an eye on our page for further updates today.”

A couple more tweets have been sent since yesterday which may show that the company could be serious about relaunching the platform. The latest tweet as of press time mentions that both Cryptopia co-founders Adam Clark and Rob Dawson have been cleared to return to work and hint to the fact that they will be working on setting the way forward.

“We are pleased to announce the return of our both our founders Adam Clark & Rob Dawson back into Cryptopia, their focus will be to set a clear strategic direction moving forward.”

It’s been close to two weeks since the New Zealand police gave Cryptopia staff access to their office but the platform is yet to resume operations. In the last tweet from the exchange, they have informed that their plans are to open the platform in “read only” mode next Monday.

However, these latest tweets from the company are definitely good news to Cryptopia customers and the cryptocurrency industry as a whole.

We expect more regular communication going forward as the company sets a new operation strategy coming off its worst ordeal yet. Communication should be a priority in their revised strategy to avoid customer resentment in the future.

Origin Protocol is the Latest Victim of Crypto Crimes, Loses $7 Million in OUSD

0
Origin Dollar (OUSD), the yield-generating stable token launched by Origin Protocol, is the latest victims of crypto crime as it has been exploited by hackers to lose $7 million in funds.
Read more
CryptoNews

0
Hackers have marked yet another DeFi flash loan hack this year after stealing $2 million from Akropolis. The project has revealed the event in...
Read more
CryptoNews

0
Twitter has updated its findings of the July 15th Twitter hack that affected major cryptocurrency exchanges, entrepreneurs, and politicians. According to the July 23rd...
Read more
Companies

0
Users of the New Zealand-based cryptocurrency exchange Cryptopia are a happy lot following the latest development regarding the liquidation of its assets. Cryptopia fell...
Read more
CryptoNews