Cryptocurrencies under discussion in China during the “Two Sessions” 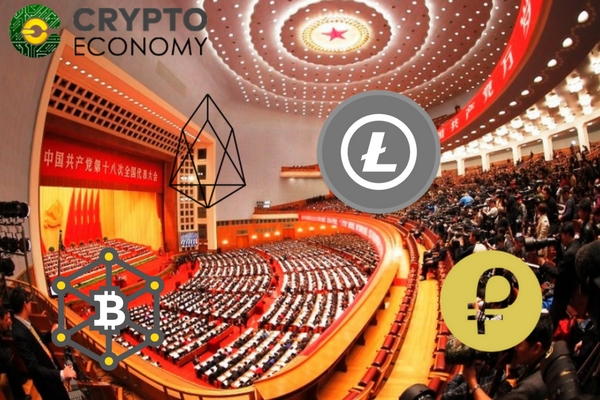 The maximum annual diplomatic event of China known as “Two Sessions” unites the main political organizations of the country; the National People’s Congress (APN) and the Chinese People’s Political Consultative Conference (CPPCC). In his session held last Saturday in Beijing, began the new plans that are. In addition, they emphasized the development of the domestic block chain in recent times.

This event is 13 days long and brings together the most important figures of China. In it, the respective evaluations of social, political and economic events are made, as well as the approval of some laws. This year the event has generated a wave of comments about blockchain, by provincial and municipal representatives to CEOs of major internet companies.

In spite of the position that China has maintained since last year regarding regulations and rejections of the cryptocurrency. Comments from members of the CPPCC has drawn attention to technology. So the government is offering a new positive and optimistic perspective on blockchain in applications.

As a result, the president of Chinese technology Tencent, Pony Ma Huateng, in the parliamentary session announced that his company is exploring a mechanism that could link the application of blockchain technology. At the same time, he made a proposal to the Chinese government to implement an electronic identification system that links different types of travel documents, with a mobile phone for residents of the “Greater Bay Area”.

Huateng said that the invention of blockchain is extraordinary, and that the efficiency of this lies in large part of real applications. His observation coincides with that of Li Yanhong, CEO of Baidu, a member of the CPPCC National Committee, who asserted that blockchain technology is revolutionary. However, he considers that he is at a very early stage. According to him, the government should encourage internet companies to open their own artificial intelligence platforms. 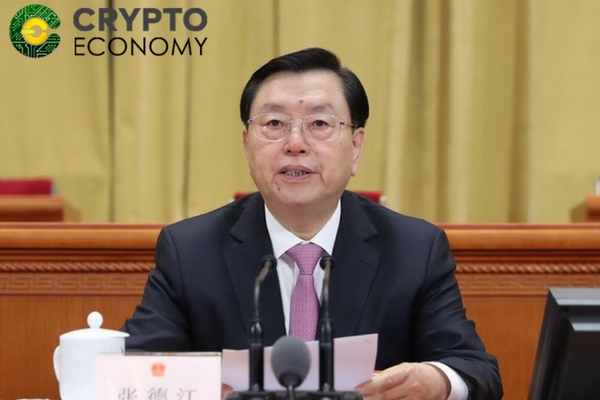 On the other hand, Wang Pengjie, CPPCC member, suggested that the People’s Bank of China and the China Securities Commission should create a blockchain. Equally the one of establishing a digital platform of negotiation of assets at national level. Wang pointed out that it promotes certification of the “real name” of the personal accounts of the block chain.

The event has generated positive and negative comments quite remarkable at the national level, taking off the blockchain system in China. However, Chen Honghong, a member of the new CPPCC National Committee and an academician of the Chinese Academy of Engineering, added that it will include the block chain as the key proposal of the two sessions.

The suggestions in favor of blockchain seem to be a big step for Chinese policies. While this country is preparing for the “Fourth Industrial Revolution”, experimenting with blockchain applications, its regulatory norms expect to establish the formula for experts in this system to work with a set of technological companies to generate an impulsive plan that encompasses industrial development .

In view of the blockchain revolution in China, this year the Cheung Kong Postgraduate Business School of China will launch an elective MBA course in financial technology “Fintech”. The new MBA will combine several visits to the leading financial companies in the market. The same, will have the participation of different specialists in the area, in order to develop students in this new technological system.

Ou-Yang Hui, professor of finance and associate dean of CKGSB, assures that students must be prepared to work in any leading corporation, which is why they should know about blockchain. Yang thinks that these processes are completely transforming the functioning of the internet. In this regard, different institutional alliances have been made with schools and different countries, with the purpose of highlighting the intellectual capacities when finding a job, especially in China.

One of the Chinese electronic stores JD.com is experienced in blockchain to track the supply chain of their meat sales. This system means that customers can monitor their product from their departure from the farm located in Australia, to their destination.

This initiative was mainly carried out to recover the trust of the people, since it was done in order to avoid food fraud. It should be noted that China has been the victim of counterfeit food and that on repeated occasions they do not comply with the correct health mechanisms. This partnership will begin to develop from the second quarter of 2018.

0
The State Bank of Pakistan (SBP), the central bank of the country, has recommended an outright ban on cryptocurrencies in a report submitted to the court.
Read more
CryptoNews