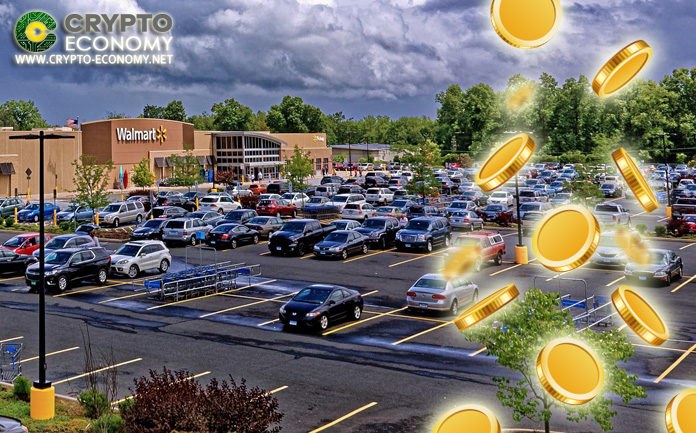 Walmart, a giant firm in the retail sector, isn’t new in the blockchain space. However, its patent under number 20190236564 shows the retail giant is also entering the coin sector.

Dubbed System and Method for Digital Currency via Blockchain, Walmart patent filing depicts minting of a coin pegged to the US dollar. However, its coin will come with more uses. Per contents of the patent filing;

Walmart Targeting Low Income Households as Users of Its Coin

Once the coins are out in circulation, Walmart is bagging on helping households with low income with a currency that fits their day to day needs. Through partnering with retailers, users can use their holdings to pay for food staffers, among other items. Furthermore, Walmart’s coin coming with almost zero fees.

Similarly, Walmart is targeting to serve the unbanked members of the public by providing them with a coin that comes with low fees and also stores the said funds for a small fee. The latter grants the unbanked a currency they can depend on and can also generate wealth with it. The patent also states the coin can be held to earn interests. Moreover, with Walmart working with other partners, users can easily convert their holdings into cash.

While Libra minting has been put on hold, its similarities with Walmart’s coin is coming out clearly in the patent. However, just like Facebook, Walmart is a giant in the retail sector. Once the coins are circulation, it will be easy for Walmart to incorporate its use into its chains of markets across the globe. It’s only recently that Walmart China launched a blockchain-based platform to trace fresh products from farms to its shelves.

The latter shows Walmart’s willingness in taking advantage of the blockchain technology to revolutionize its business. Besides the above patent, Walmart has filed for at least 54 patents. Moreover, it has taken part in different test runs to test the potential of blockchain technology.