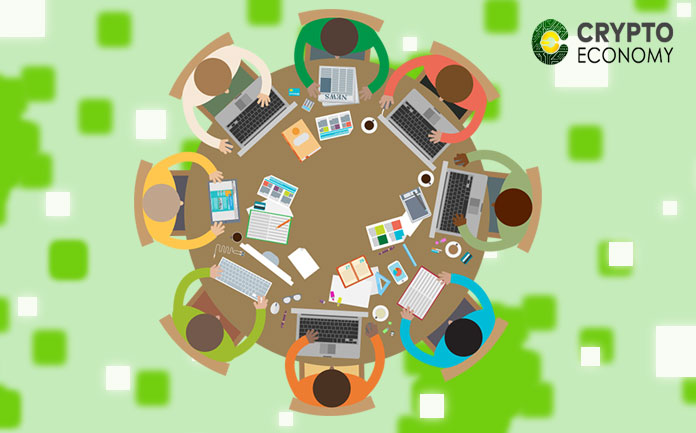 Over 45 delegates from leading cryptocurrency business entities and established firms converged on a round-table discussion which sought to have an in-depth look at major issues to do with crypto space regulation.

The discussion took place on the 25th of September and was led by the congressman from Ohio 8th congressional district who is also a member of the United States House committee on financial services, Warren Davidson.

One of the key issues discussed by the panel was “token taxonomy” which explored the uncertainty problem relating to ICO tokens definition as well as the associated framework of regulation. Marvin Ammori, the current general counsel at Protocol labs, highlighted a “cascade of uncertainty” as a major issue associated with the current classification of tokens.

Ammori went on to substantiate the growing uncertainty by citing some of the challenges faced by startup companies with specific reference to the case of a decentralized file sharing company, Filecoin. The general counsel said that up until the company’s ICO which was conducted in 2017, it was expected that the Securities Exchange Commission would consider the company’s token, Filecoin, as a security which turned out not to be the case.

With reference to the uncertainty problem, Ryan Singer, the president of Chia Network, brought up the recent “Ethereum incident” which involved the Securities Exchange Commission stating that the cryptocurrency would be regarded as a commodity rather than a security. In strong agreement with Protocol Labs general counsel, Singer emphasized that the lack of clarity is a major issue in need of concrete resolution within the industry.

A number of suggestions were brought forward by Andreessen Horowitz’s Chief Executive Officer, Hilary Kivitz. In the case of token definitions, she suggested that it would be appropriate if those tokens within their fundraising periods were regarded as securities. Furthermore, regarding general token’s definition, she emphasized that incentives associated with tokens ought to “align with the interests of all the participants” present on the Initial Coin Offering network.

“Tokens [are] an asset that facilitate a shared incentive network, where every participant derives value from the growth of the network.”

Beyond “uncertainty issues”, a number of representatives expressed that the current regulations are largely irrelevant. For instance, the CEO of Harbor said that current rules and regulations are simply “not a good fit” for the industry, especially when it comes to ICO’s.

“Every time I want to use decentralized Microsoft Word, or I want to store files like with Filecoin, imagine every time you use Dropbox, you have to contact a broker dealer, go through a KYC (Know Your Customer) process, perhaps be accredited by your Dropbox subscription on a licensed exchange, and then go through a whole bunch of reporting requirements, it just doesn’t work.”

A representative of the US chamber of commerce, Kate Prochaska, joined the discussion with a number of things needed to be done to ensure that the highlighted issues are addressed. These included devising mechanisms to enhance regulatory coordination, engaging in efforts to clarify on key definitions in the industry and obtaining “no action” letters to prevent questionable measures from regulators on both startups and established crypto entities.