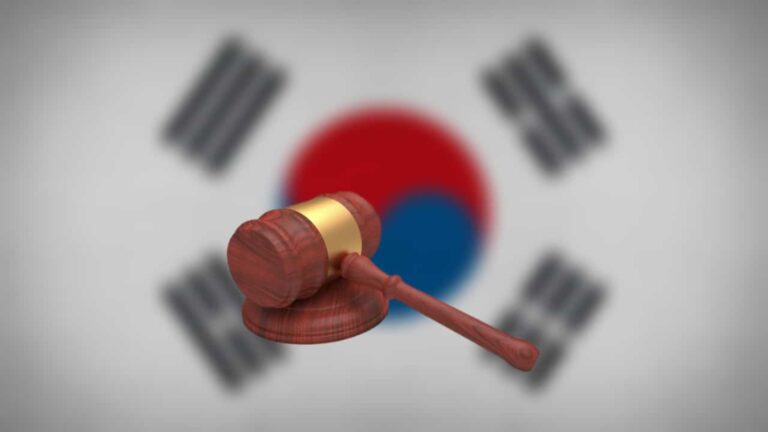 Lee Jung-hoon, the South Korean crypto exchange Bithumb’s former chairman who was accused of fraud charges totaling $70 million, was found “not guilty” by the 34th Division of the Criminal Agreement of the Seoul Central District Court.

According to a January 3 verdict, Jung-hoon was cleared off against fraud charges that were allegedly committed during the acquisition of Bithumb. In October 2018, the former chairman had reportedly defrauded Kim Byung-gun, the chairman of a cosmetic surgery business BK Group, of $70 million while negotiating the sale of the Bithumb exchange.

If proven guilty, Jung-hoon could have earned an 8-year imprisonment. It was alleged that Jung-hoon had promised Byung-gun that a digital coin called Bithumb Coin (BXA) would get issued and listed on the exchange. But, BXA coins were never listed on Bithumb and the takeover of exchange also fell through.

As a result, investors who invested in BXA sued both parties, but Byung-gun evaded any penalties as prosecutors found him a victim deceived by Jung-hoon. South Korean prosecutors had previously affirmed the ex-chair was on trial under accusations of violating the Act on the Aggravated Punishment Of Specific Economic Crimes due to fraud. Furthermore, Bitthumb has clarified that Jung-hoon is not involved in current operations as it has been taken over by “professional managers.”

According to Money Today, the vice president of Vidente, the largest shareholder of South Korean cryptocurrency exchange Bithumb, committed suicide by jumping off a building while being investigated by South Korean prosecutors, suspected of corruption and price manipulation.

Last week, Bithumb’s largest shareholder executive Park Mo was found dead after he received allegations of embezzlement and manipulation of stock prices. Prior to his death, Mr. Mo had been named as a primary suspect in an investigation launched by South Korean prosecutors for his alleged involvement in the embezzling funds at Bithumb-related companies, as well as manipulating stock prices.

Interestingly, Bithumb was one of the companies raided by South Korean authorities in the aftermath of the Terra/Luna collapse. Later in the month of October, Jung-hoon skipped the National Assembly’s audit meeting citing health reasons.

According to a Democratic Party of Korea representative, the medical certificate Jung-hoon provided in lieu of his absence allegedly showed that he needs to receive drug treatment for health complications. The lawmaker described Lee’s behavior as “shameless” and requested the Assembly to proceed with bringing criminal charges against him.

This comes on the heels after South Korean prosecutors revealed they have recieved evidence that Terraform Labs co-founder, Do Kwon manipulated Terra’s market price. In November, Korean prosecutors secured a “conversation history” in which “Do Kwon specifically ordered price manipulation.” On the other hand, South Korean authorities have also invalidated CEO Kwon’s passport suggesting that the Terraform Labs co-founder is currently in Europe as an illegal immigrant.