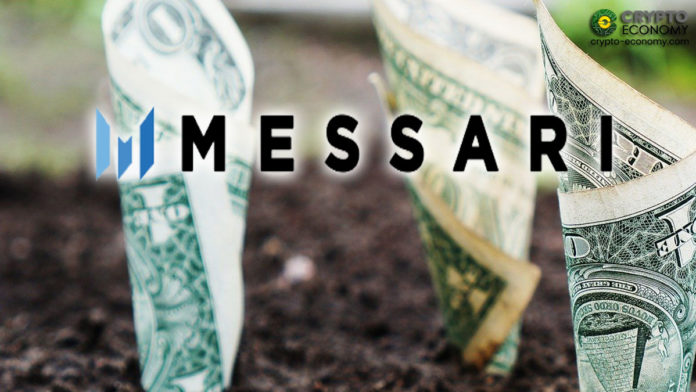 In a press release published on Wednesday, Messari revealed that as part of the funds’ drive, Uncork Capital’s founder Jeff Clavier will be joining Messari’s board of directors.

“Clavier is a straight shooter that hasn’t bought the crypto hype, but likes picks and shovels businesses building infrastructure in the space,” Messari CEO Ryan Selkis said in an interview with industry media.

Selkis believes that one of the biggest challenges facing an emerging sector such as blockchain is “coordination challenges of self-regulating an emerging asset class and providing accurate, timely data to investors with diverse compliance requirements.”

Messari has the vision to provide investors the tools for collecting and analyzing blockchain data in order to make better decisions. Clavier classifies this as a picks and shovels business. In a statement, Clavier said that,

“Ryan and the team at Messari are building critically needed infrastructure that is currently lacking in the crypto ecosystem. If crypto is going to become a mainstream asset class, it needs quality data that is open and transparent. The Messari team are pioneers in the industry, and have built a strong picks and shovels business in an otherwise volatile and unpredictable market.”

According to the release, Messari plans to use the additional capital to accelerate the expansion of its Transparency Registry as well as to evolve its Messari Pro research and data analytics beyond beta.

“This funding round will help us invest in the tooling necessary to further automate our data ingestion processes and redistribution capabilities for Registry clients, as well as broaden our analytical product offering for crypto professionals,” Messari stated.

Back in March this year, Messari launched a new product called the Real 10 volumes which was in response to a report that was released by Bitwise Asset Management firm which claimed that as much as 95% of reported bitcoin trading volumes from exchanges was faked. In its report, Bitwise gave a list of ten exchanges it believed to be reporting genuine volume. Based on this list, Messari started reporting Real 10 volumes of the ten identified exchanges which included Binance, Bitfinex, BitFlyer, Coinbase Pro [GDAX], Gemini, Kraken, and Poloniex among others.

In the third quarter, the firm also launched a suite of tools including “an asset monitoring service for compliance teams, a more accurate, proprietary “circulating supply” data feed for index managers, and the Messari Pro beta, a suite of market intelligence tools for professional investors.”