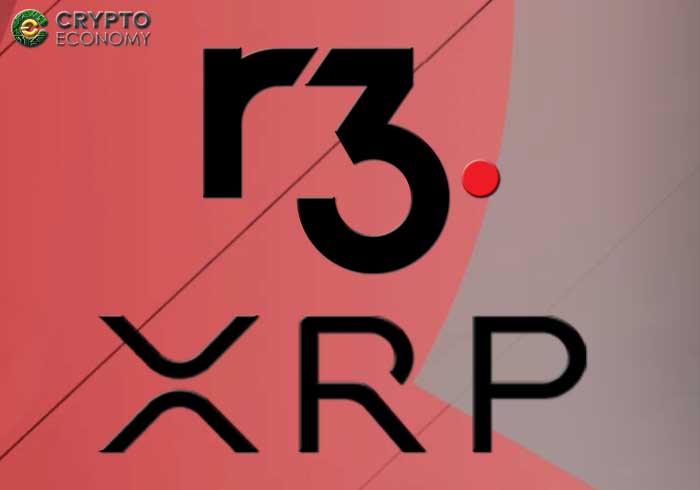 R3’s open source blockchain platform, Corda Settler, is an open source CorDapp that allows payment obligations that arise on the Corda Network to be settled via any parallel rail supporting cryptocurrencies or other crypto assets, and any traditional rail capable of providing cryptographic proof-of-settlement.

The Corda platform is already being used in industries from financial services to healthcare, insurance, shipping and so much more. It not only manages and records financial data but also executes the institution’s financial agreements in perfect synchrony with its peers, and therefore creating a world of frictionless commerce.

Earlier today, the vibrant Blockchain software consortium launched a universal settler application that aims to facilitate payments on its Corda platform. –With its rival XRP as the first cryptocurrency to be supported.

Recently this year, the two companies settled a legal dispute over technology contracts and joint venture agreements. The litigation between Ripple Labs and R3 consortium began in September 2017 when the consortium filed a lawsuit against Ripple Labs, with claims that Ripple had violated a prior purchase agreement for XRP tokens between the two companies.

Subsequently, Ripple filed a counterclaim against R3 accusing the company of breaching a number of commitments within their agreement. However the two companies reached a settlement of all outstanding litigations between them and placed the disputes behind them.

Now that XRP is the first supported crypto coin on the platform, it marks a reunion between the two platforms. The new application will prove that the clients’ account was credited with the expected payment. This automatically updates the Corda ledger.

“The deployment of the Corda Settler and its support for XRP as the first settlement mechanism is an important step in showing how the powerful ecosystems cultivated by two of the world’s most influential crypto and blockchain communities can work together.”

Richard adds that the Settler will be open to all forms of crypto and traditional assets, with the demonstration with XRP being the next logical step towards showing how global ‘acceptance and use of digital assets to transfer value and make payments can be achieved.’

This new support on R3’s CorDapp gives Ripple an opportunity to grow its networks, given that R3 has a large consortium of banks.