What is Corda Blockchain? How It Helps Businesses? 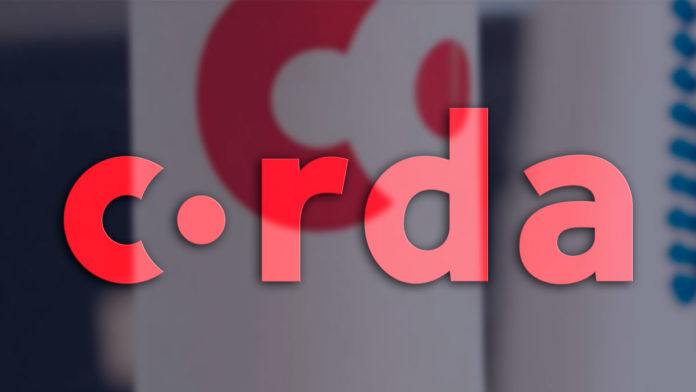 Today’s blockchain industry is dominated by public blockchains like Bitcoin, Ethereum. They are up to the task of individuals’ financial needs. However, the technology still retains levels of instability and a high-risk of vulnerability which discourages risk-averse businesses from onboarding distributed ledger technology to their operation.

When it comes to businesses, public blockchain is not of much use as business requires much more than DApps and simple monetary transactions. Here privacy is the main point as businesses and enterprises require privacy for their deals.

Public blockchains are not privacy-centered by design as they require transparency. Furthermore, anonymity is not required for enterprise use cases. They want to know all parties involved in the network or transactions. So you see, public blockchains can not be used for business.

So we need a different platform to fulfill the needs of businesses and enterprises. This is where the Corda blockchain platform comes forward.

What is Corda Blockchain?

Corda is an open-source blockchain project, designed for business from the start. It was developed by R3, an enterprise blockchain software firm, in collaboration with over 200 technology and industry partners.

The Corda platform was launched in September of 2017 at CordaCon, R3’s flagship conference. Since then, it has continuously been updated. Corda 4.6 has been released recently.

Since its inception, R3 has escalated from a startup to a consortium that unites more than 200 top international financial institutions and banks. Corda is considered the second-largest enterprise-focused blockchain after the Hyperledger Fabric project.

Corda is not considered a full blockchain but a DLT that combines the features of blockchain with DLTs. DLT can be referred to as a decentralized database whereas, in blockchain, data is stored in blocks that are linked together by a cryptographic mechanism called “Hash”. Furthermore, Corda does not have its own cryptocurrency, and can only share data with the required participants, and offers interoperable applications for finance and commerce (called CorDapps)

This means that Corda is a global ledger used by businesses to keep a shared ledger of transactions. Privacy and assured identity are the end-state principles of Corda.

Corda is a private permissioned blockchain platform that enables businesses to transact directly and in strict privacy with one another using smart contracts. In this platform, unlike public blockchains, transactions are private to only the parties included within the transaction.

According to the company, this is because Corda is not trustless. A party’s identity must be known to join an existing Corda network. Public blockchains make their transactions public because they are trustless and have to ensure that the transactions on the chain are valid. In Corda, initial trust is injected by the network certification authority.

“Furthermore, the parties on the network must trust the issuers of assets onto the ledger that they themselves are moving around within transactions. This is where the requirement of trust ends. The parties themselves do not need to trust each other, between the ledger keeping everyone in step, the fact that each of their identities are known by the networks certificate authority provides some backup guarantee in case of any nefarious behavior.”

So, by removing the need for consensus across all parties in the network and instead only between the participants of a transaction the time to complete one is reduced.

What Does It Offer?

The Corda platform is hard to understand. According to R3’s website, it “offers two interoperable and fully compatible distributions of the Corda Platform – Corda, a free open source download based on the code available on GitHub, and Corda Enterprise, a commercial version which combines the core attributes of Corda with the robustness and professional support expected from enterprise software.”

The Identity Manager receives certificate signing requests (CSRs) from prospective network participants and awards participation certificate if The participant meets the requirements specified by the foundation.

Launched in 2018, a commercial distribution of Corda open-source designed specifically to meet the demands of modern-day firms. It is a solution for consortia, independent software vendors, corporates, and market infrastructure providers to establish and run their private blockchain networks on Corda.