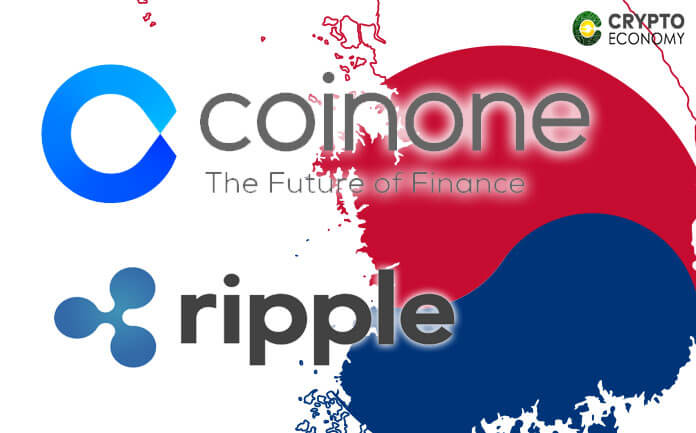 Coinone Transfer, a payments business and a subsidiary of the crypto exchange, Coinone, has launched a blockchain powered remittance mobile application and web service called Cross. According to Ripple, Cross is the first such payment service in South Korea.

The firm rolled out the new service using Ripple’s blockchain network, RippleNet,-connections formed with Siam Commercial Bank [SCB]. The service, which doesn’t rely on traditional banking rails, offers lower cost payments to both Thailand and the Philippines. Cross can process money transfer with an average processing time of an hour with fees as low as 1% of the transfer amount.

According to Coinone Transfer, its partnership with SCB will also soon offer Cross customers a direct link to PromptPay, which will enable any recipient with a bank account in Thailand to receive a payment directly and instantly.

Cross provides a safe alternative for those with or without bank accounts as well as an increased transparency and reliability inherent to Ripple’s advanced blockchain technology. The company also plans to expand across the region in the coming months.

With an estimated two million immigrant workers living in South Korea, and the Filipino immigrant population of approximately 58,000 people, there is indeed a growing demand of efficient, cheap fast and secure remittance services, especially since the rate of remittance in and out of the country is skyrocketing. Last year alone, the World Bank estimated approximately $17 billion in remittance.

The solution for remittances in South Korea

Previously, remittance options in South Korea were not only very limited but also had high costs and complex process to trace payment history. In July last year the government started offering Global Remittance Licences to non-bank businesses that are operating payment services in the country.

Together with the introduction of Cross, customers will now get a better way of sending money abroad, with less-costly, faster and more reliable remittance options.

Coinone Transfer joined Ripple’s blockchain network in May 2018. During that time the platform’s CEO, Wonhee Shin, had revealed the plans to implement Ripple’s xCurrent solution for cross-border payments.

The blockchain powered solution, xCurrent has not only lowered transactions, but has also increased speed and transparency in digital remittances, therefore greatly lowering the friction in global payment services.

In the past year, RippleNet has greatly helped a multitude of new services aimed at addressing this issue including a new multi-hop feature on the platform that’s pioneered by SCB.