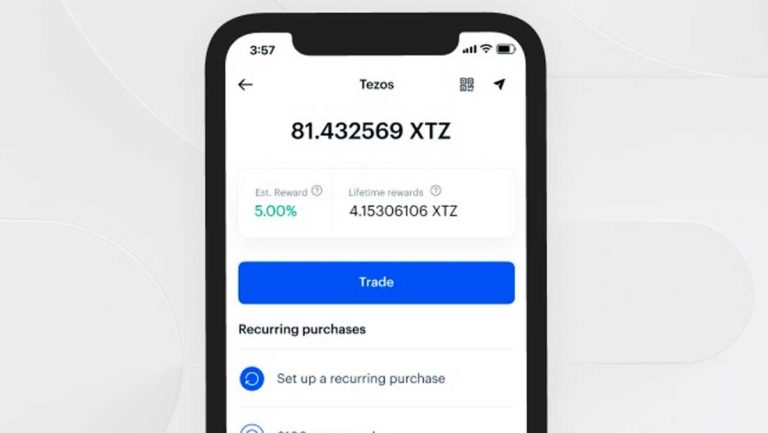 Popular US-based cryptocurrency exchange Coinbase has extended its Tezos staking service to its customers in four European nations. According to an announcement on Thursday, the San Francisco-based exchange added additional support for XTZ staking to residents in the UK, France, Spain, and The Netherlands.

Take into account that XTZ coins jumped in price by 25% when the coin was added to the Coinbase staking service and since then has increased in price by more than 150%.

Tezos is now one of the most popular networks using the Proof of Stake consensus mechanism to ensure network security. The network provides a smart contract platform for launching decentralized applications (dApps) similar to EOS and Ethereum.

EOS uses a slightly modified version of PoS called delegated PoS (dPoS). In this model, token holders elect their representatives that will be tasked with validating transactions. As expected this helps with network scalability at the expense of decentralization.

Ethereum, which is currently using the more popular Proof of Work (PoW) method is preparing to transition to PoS before the end of the year in one of the most anticipated network upgrades.

It is possible to participate in network staking without using middlemen such as Coinbase, Binance, or Kraken – leading exchange supporting XTZ staking. These middlemen serve the customers by providing a more secure platform to custody your tokens. In exchange, they charge a fee or commission. Coinbase takes about 25% of the staking rewards, for instance. Coinbase is the largest staking validator on the Tezos network.

According to estimates based on the previous 90 days, Coinbase says that annual returns on staked tokens are about 5%. To participate in the program, users will need to undergo an initial holding period of 35 – 40 days after which stakers will begin receiving their rewards every three days in their Coinbase accounts.

Speaking to industry media, a Coinbase spokesperson stated that the exchange is considering further expansions beyond the 5 jurisdictions currently covered.

“While we are starting with these new markets first, as we expand internationally, we are continuously reviewing and considering additional markets as well.”