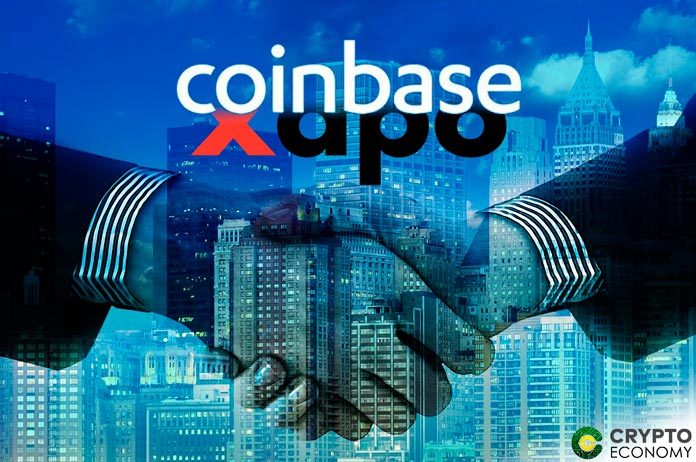 Coinbase, a major cryptocurrency exchange platform has just bough Xapo. According to the August 15 blog post, the acquisition is in a bid to increase the crypto exchange platforms assets in their custody.

Xapo, a significant institution providing cryptocurrency wallet and custody services, has been in operation since 2013. The institution provided both hot and cold wallet services. It also had physical vaults stationed in Switzerland to store its client’s digital assets in an offline environment to enhance the safety of private keys. As at the time of the acquisition which is reported to have cost Coinbase $ 55 million, Xapo, had more than 514,000 bitcoin in its custody valued at $5.3 billion based on the current market price. The assets will now be moved and stored in Coinbase.

In choosing Coinbase, we are confident that the Institutional Custody Business is going to a company that can provide great insurance, borrowing, and investment alternatives. We believe that Coinbase will take this opportunity to prove to our customers that they deserve their business.

The deal is set to expand Coinbase’ digital assets base and make it the world’s largest cryptocurrency custodian by asset under custody. Reportedly, Coinbase’s year-old custodial wing will move from having $ 1.3 billion as the value of assets under its custody two months ago to having $ 7 billion worth assets under its custody. The report also states that Coinbase custody now stores cryptocurrency assets for more than 120 clients in over 14 different countries.

Coinbase intent on diversifying services on its platform

Recently, Coinbase has been diversifying its services to include more than just trading cryptocurrencies. In another report, its CEO, Sam McIngvale is quoted to have said;

Fundamentally, we have to help our investors earn a return on their assets. You can imagine lending out bitcoin and earning interest on that.

The assertions by McIngvale were taken to mean Coinbase could also branch into cryptocurrency lending soon.