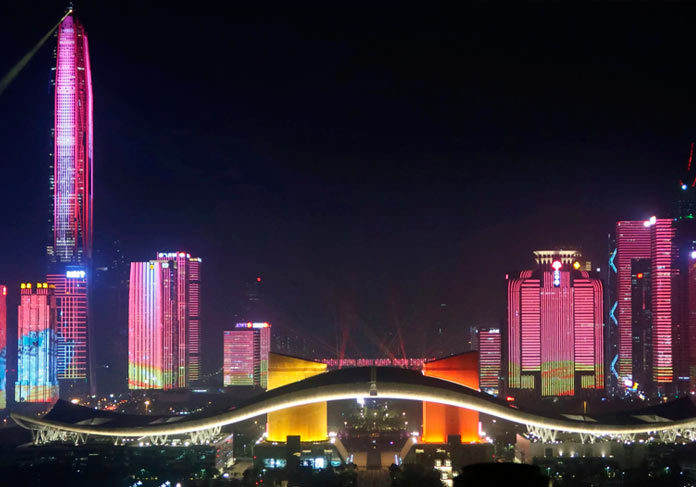 Finally, China is taking a step forward towards digital currency as the special economic zone of China located in Shenzhen province will now support research on digital currencies. This includes the research and promotion of digital funds and the national cryptocurrency based on the renminbi. The news broke out by a Chinese news agency STCN.

There were some mixed feelings about cryptocurrency in China as they banned exchanges from operating in the country but things have changed a lot in recent times.

An in-depth report was published by a news agency of China announcing many reforms for Shenzhen Special Economic Zone and to make a pioneering demonstration zone of socialism with Chinese characteristics and strive to create a model of socialist modernization and power. This report is actually not an announcement but are opinions to build a pioneering demonstration zone.

“The Central Committee of the Communist Party of China and the State Council will support Shenzhen to build a pilot demonstration zone for socialism with Chinese characteristics. Supporting innovative applications such as digital money research and mobile payment in Shenzhen.”

The addition of Digital currency research to the special economic zone is a clear indication that China may be viewing cryptocurrencies favorably now. About supporting this research, the report outline as:

“Support innovative applications such as digital currency research and mobile payment in Shenzhen. Promote interoperability with Hong Kong and Macao financial markets and mutual recognition of financial (fund) products. In the promotion of the internationalization of the renminbi, we will try first and explore innovative cross-border financial supervision.”

Since this guideline is issued by the State Council, it is not clear what kind of digital currency research will be carried out by the local government.

On August 10, 2019, The People’s Bank of China (PBoC) claimed that its digital currency can now be said to be ready after five years of research but IT will not be fully decentralized. China has come a long way from banning the use of crypto in its financial sector to launching its own Central Bank Issued Digital Currency.

But the important thing to remember is that this will be a research project only while China will continue its ban on listings or trading of any digital currency, including bitcoin.

0
Frequently, Ethereum is considered a well-known cryptocurrency, but it is in second place. Bitcoin is always a leader in the cryptocurrency world. In contrast...
Read more
Companies

0
The Chinese government is forcing McDonald’s to deploy the digital renminbi payments system at restaurants. It seems the restaurants should deploy the system before...
Read more
CryptoCurrency News

0
Binance Coin (BNB) is now the third cryptocurrency with a market cap of $81.8M after the 17th quarterly burn. The coin is now atop...
Read more
Bitcoin News

0
A new announcement is published by Binance showing the company is obliging the regulations in mainland China and somehow succumbing to it. Binance says...
Read more
Technology

0
One of the greatest things about the development of the internet is its power to decentralize services that were once centralized. Information used to...
Read more
- Advertisment -