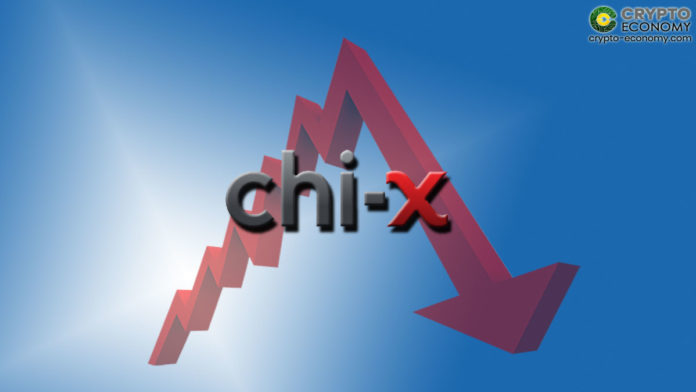 When the Australian Securities Exchange (ASX) announced its plan to replace its old CHESS system with a new based on blockchain technology, everybody was in favor of the development. However, now ASX’s main competitor Chi-X is threatened by the new blockchain-based system, and wants the country’s competition authority to investigate ASX’s new platform.

Per announcements already made, ASX has set out to get rid of its old Clearing House Electronic Sub register System (CHESS) to cut the cost of its operations and change how traders access its services. For that, the exchange has turned to blockchain technology and is leveraging its technology to revolutionize its operations. But now, its only competitor Chi-X Australia is crying foul of the new platform under trial.

“Already there’s a substantial moat surrounding ASX clearing and settlement business, but replacing CHESS with another platform will make the moat bigger. While it won’t be hard for ASX competitors to bridge the gap, the new blockchain-based system makes the task more difficult. I’m not saying it can’t happen. We need regulations in place to level the field.”

Although Chi-X Australia is ASX client, its grievances to the ACCC come about since their businesses are similar in some areas ASX will have the upper hand, and it is not fair. Chi-X Australia accounts for 20% of Australia’s shares trading volumes. However, its clearing services go through ASX. The latter shows the firms compete in some areas hence the reason behind Chi-X Australian calling on the Australian Competition and Consumer Commission (ACCC) to investigate.

Apart from Chi-X Australia calling on the Australian Competition and Consumer Commission to mediate on its behalf, other experts also believe the ACCC should move in to place a regulatory framework to settle the dispute. On the other hand, ASX believes the above issue is the work of the government. For them, the primary goal is to focus on building a platform that would push innovation and competition to the next level. Besides ASX, other exchanges across the globe are opting for blockchain-based share trading platforms.

0
A new NFT customizable card has been launched by hi along with Mastercard for the first time in the world. It is now possible...
Read more
CBDC

0
Australia is the latest country to show its intention of launching an in-house central bank digital currency (CBDC) in the coming year. In a...
Read more
Companies

0
Many interesting facts about the market are revealed in the results of the Annual Australian Crypto Survey, which was commissioned by Swyftx, an Australian...
Read more
- Advertisment -
Posting....