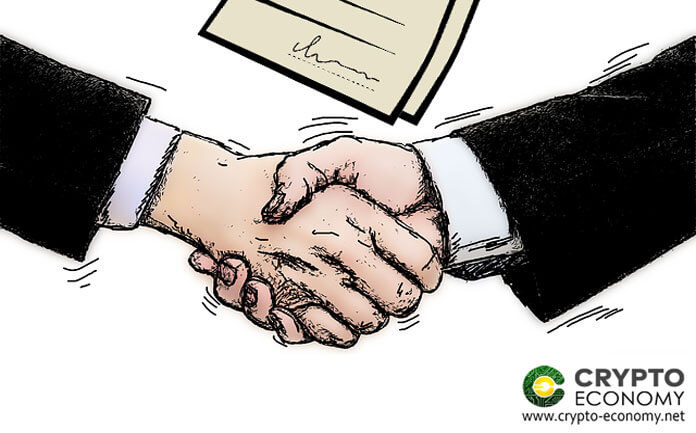 The Australian Securities Exchange (ASX) is now in a three-party MOU with two other firms Digital Asset (DA) and VMware. The latter have come together to explore opportunities brought forth by blockchain technology. Although blockchain technology is what has brought together the three firms, their first assignment will involve the rolling out of a DLT application to replace CHESS.

CHESS is an equities clearing and settlement system which has been under the Australian Security Exchange hands since 1994. However, due to the emergence of blockchain technology, ASX has set plans in motion to replace CHESS. Although CHESS was to go live in 2020, its unveiling got postponed, but now it’s set for April 2021.

Now through the MOU, ASX has the help it needs to support the development and rolling out of its DLT solution by 2021. However, besides just helping in developing the solution, the partners are also set to work on supporting DAML, an open-source smart contract programming language used to build distributed applications.

Similarly, ASX partners will come in handy at helping with the support and provision of the distributed ledger and its associated infrastructure. The latter is used to fully satisfy ASX’s requirements when it comes to security, data privacy, and confidentiality.

Partners to Complement Each Other in the MOU

As the members get to work, their relationship will act in favor of the MOU. This is because every member has a different set of skills. VMware is an existing partner of ASX as its virtualization and infrastructure solution provider. Though based in the US, VMware is a contender when it comes to server virtualization and cloud computing software provider.

On the other hand, DA is a world leader in the world of DLT. While issuing his statement about the MOU, ASX Deputy CEO, Peter Hiom said;

“For us at ASX, this partnership is positive since it will help us support a wider range of DLT solutions once developed. However, on the other hand, it’s confirming our belief in DLT’s potential. Through our partners, we will ensure CHESS is replaced by either March or April 2021.”

On the other hand, the comments of the top executives of the other companies also cemented the core values that form the basis of the MOU and appear to be ready to work together.