CEO of Sberbank disagree with a cryptocurrency ban

According to Russian news agency TASS, the influential banker considers that before any law can be passed upon any virtual coin, authorities should be more large-minded about it. “Before trying to regulate it, it is necessary to maintain a normal background around the blockchain technology and cryptocurrency,” he said.

Gref explained that, in his opinion,  people should know that Bitcoin and other cryptocurrencies are not for storing value, but rather a venturesome investment, “like a lottery or a casino.” Even so, he stressed it should not be prohibited, for it’s a promising technology in development and worthy of study, giving the fact that right now, “no one is yet able to comprehend [it].”

Who is Herman Gref? 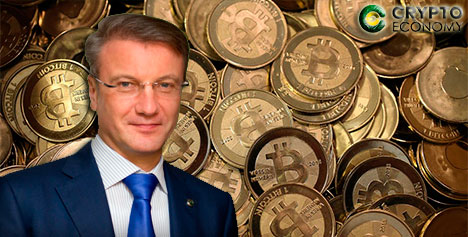 Chairman of the executive board of the largest bank in Russia and a bitcoiner himself, Gref has been a supporter of cryptocurrencies and blockchain. Back in 2016, when that country’s finance ministry was working to introduce a legal framework that not only would ban Satoshi’s coin, but also criminalize it and those using it – with prison sentence up to seven years – he came out to oppose the bill and even confessed to be holding some bitcoins. In the end, such proposal didn’t come to fruition, to relief of Russian investors.

He also commented on how he is a crypto-trader. “I have easily exchanged virtual currency into fiat currency and vice versa, with pleasure,” he said to a presentation of a joint educational project between Google and Sberbank. “I had a few bitcoins, I did not like the value [at the moment] (…) Two and a half months later, I noticed that [it had taken] such a course and I took the conversion.”

The bank he directs has just opened a blockchain laboratory, too, and it’s a member of the Ethereum Enterprise Alliance (EEA) and Hyperledger Project.

Russia has been softening up his stance regarding Bitcoin and cryptocurrencies in general, although some high officers believe it won’t be legalizing it in the near future. Nevertheless, the ministry of communication submitted to the government a dossier containing information regarding cryptocurrencies adoption back in October.