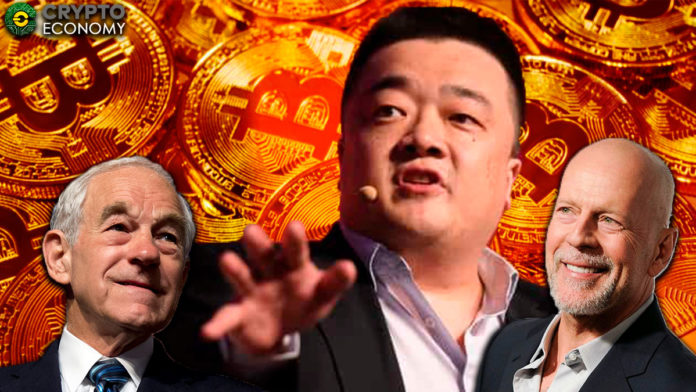 Bobby Lee gave his gift to Dr. Ron Paul on October 29, but announced it to public on November 2. On October 29, CEO and founder of Ballet crypto had a lunch with the former US congressmen Ron Paul in Las Vegas at Litecoin Summit 2019 in the presence of Litecoin founder Charlie Lee, who said:

We are all libertarian — personal liberty and freedom of money.

After the lunch, Bobbly Lee presented his gift to him. He noted that the coin has been loaded into a gold-plated Bitcoin wallet produced by his company Ballet Crypto. He added that extra care has been given to customizing the wallet to better suit the former congressman. in his tweet, he wrote:

It was a special serial number AA000820 to match his birthday! And he loves the Gold colour.

Ron Paul is known for his of blockchain technology and cryptocurrencies. In May 2019, he, opposing to the idea of US congressman Brad Sherman who wanted to introduce a bill to ban cryptocurrency purchases by Americans at that time, said that anti-crypto Congressmen is just another thug in Washington.

On July 15, 2019, in an interview on CNBC’s Squawk Alley, he said that he was in favour of cryptocurrencies and blockchain technology because he liked competing currencies. According to him, cryptocurrencies are a great idea, and governments should only step in to regulate the space to prevent fraud, money laundering, and other illegal activities.

In another tweet, Bobby lee also announced that he had also gifted two gold-plated Bitcoin wallet, each loaded with 0.01 BTC to an American actor and singer, Walter Bruce Willis for his two daughters as early Christmas presents.

I connected to inflight Wi-Fi, used Ballet Crypto mobile app to quickly transfer 0.01 $BTC onto each of these Gold-plated REAL Bitcoin wallets.

And then gave them to Bruce Willis for his 2 daughters, as early Christmas presents!

Bobby Lee noted that in his flight from Los Angeles to Shanghai, Bruce Willis was setting next to him with his family. He introduced Willis to BTC and gave him the gift.