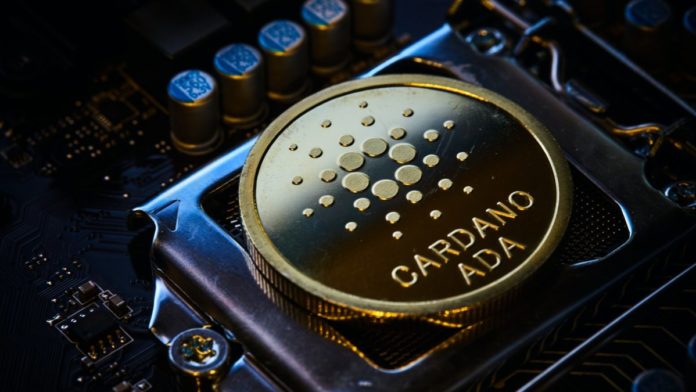 Cardano (ADA) has just closed its first weekly green candle in 9 weeks climbing by a whooping 13 per cent in the last 24 hours.

Amid a bear market, Cardano (ADA) has made a significant leap. ADA observed impressive gains surging 13.33 per cent over the past 24 hours to currently trade at $0.6385. The momentum widely imitates Bitcoin’s performance as the flagship token breaches $31 mark. Dan Gambardello, founder of blockchain recruiting firm, Crypto Capital Venture, asserted that hat ADA is “on the verge of a breakout”, and that he is expecting a “massive” price rally.

What Is Up With Cardano? 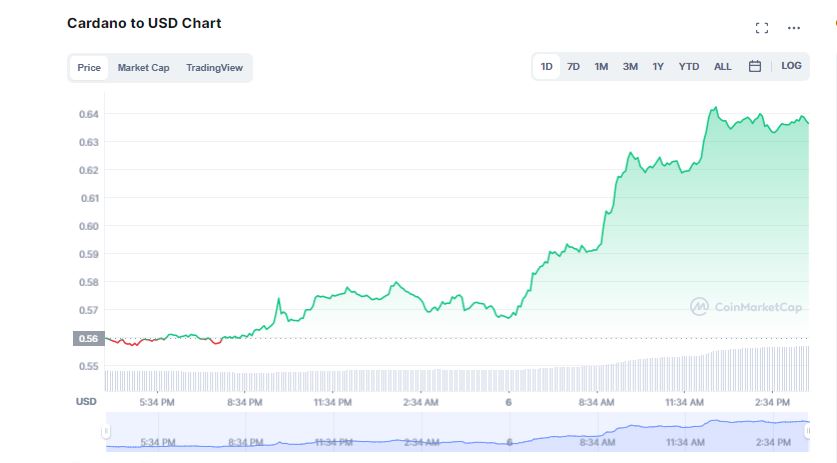 Cardano price is witnessing a bullish trend with price levels rising abruptly. The increasing price level has propelled ADA to gain a bullish price movement. Experts believe a further uptrend is to follow and it can be expected that the future might hold favorable circumstances for Caradano. It seems that ADA is still above the moving average (MA) value which is still standing at $0.566 because of the bullish trend that followed last week.

The 4-hours Cardano price analysis shows that the bullish activity is still following up for cryptocurrency. Despite the price levels dropping at the end of the previous trading session, bulls have made successive attempts of going past the resistance at $0.585, pushing a sudden spike in the price. 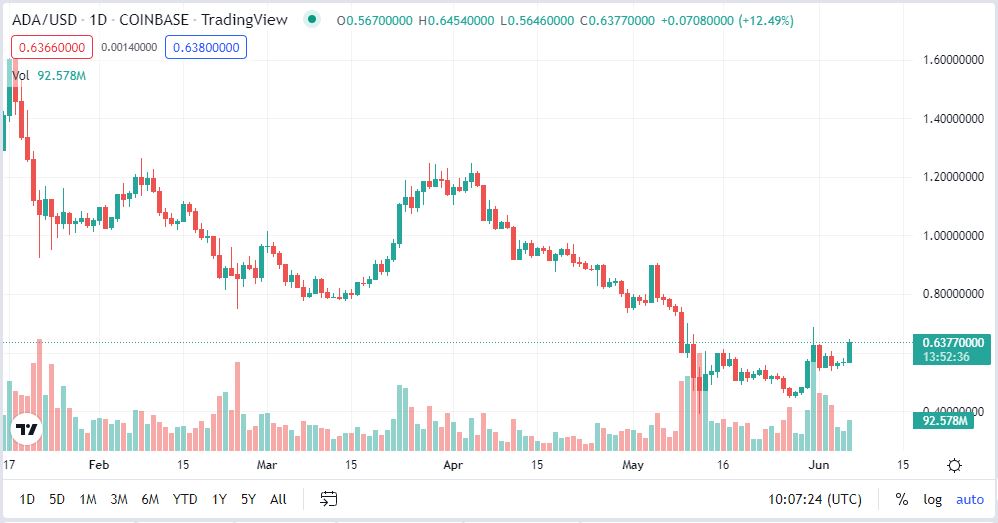 Why Is ADA Surging?

The recent upswing can be attributed to a number of factors. For one, IOHK is planning to boost throughput and optimize the system to support a growing number of decentralized finance (DeFi) apps, smart contracts and DEXs. Charles Hoskinson recently shared a tweet depicting a 369 per cent rise in the daily on-chain transfer volume for Cardano as compared to other blockchains, which recorded significant declines in this aspect.

“ADA whale,” a Cardano community-focused Twitter account, feels that Cardano remains “in a rock-solid position” despite a dull first half of 2022 in terms of dApps throughput. Recently, IOHK also announced increases in Plutus script memory as Cardano sought to tackle scaling difficulties faced in attaining the throughput required to support real-world applications.

I’m an optimist. Ppl told me last year “H1 2022 before Vasil will be disastrous for Cardano bc of throughput issues, after that it’s sunshine & rainbows” and I was like nah, H1 will give us dapp after dapp, issues under the hood will frustrate but won’t slow momentum & good vibes