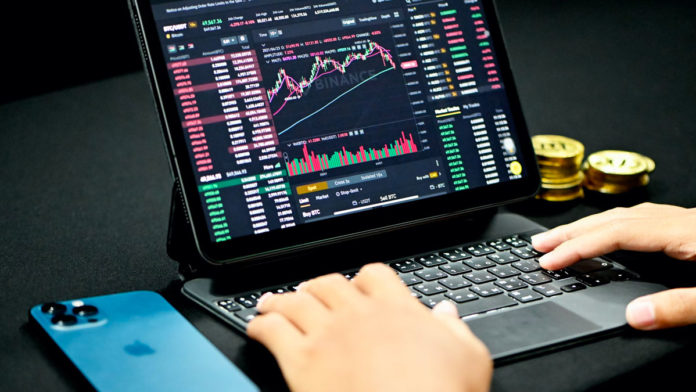 Larry Fink, the CEO of BlackRock Inc., said that the Russia-Ukraine crisis could hasten the adoption of digital currencies as a means of settling international transactions, as the conflict upends the last three decades’ globalization drive.

Fink wrote to the world’s largest asset manager’s shareholders, saying that the war would force governments to rethink their currency reliance and that BlackRock was looking into digital currencies and stablecoins due to rising customer demand.

“A global digital payment system, thoughtfully designed, can enhance the settlement of international transactions while reducing the risk of money laundering and corruption”

Fink expressed alarm about volatility in May of last year, saying it was too early to assess whether cryptocurrencies were just a speculative trading tool. But it seems he has changed his mind a bit.

The chairman and CEO of the $10 trillion asset management wrote on Thursday that the Russia-Ukraine crisis had put an end to the globalization forces that had been at work for the previous 30 years.

He said that access to global capital markets was a privilege, not a right and that following Moscow’s invasion of Ukraine, BlackRock has banned the purchase of any Russian equities in its active index portfolios.

The impact of the conflict on global supply chains, which have already been battered by the coronavirus epidemic over the past two years, is projected to add to inflationary pressures, prompting global central banks to tighten monetary policies and reverse COVID-19-driven accommodating measures.

Central banks, according to Fink, are facing a conundrum they haven’t encountered in decades, namely, whether to live with rising inflation or reduce economic growth to contain price pressures.

Energy costs have risen as a result of the sanctions imposed on Russia, which have caused corporations and governments to rethink their supply chains and strive to lessen their reliance on Russian commodities.

According to numbers provided by BlackRock Inc this month, the asset manager’s entire client exposure to Russia has dropped to less than $1 billion from $18 billion before Moscow’s invasion of Ukraine prompted Western sanctions and the shutdown of the Russian stock market.

When the heads of major financial institutions like Blackrock discuss cryptocurrencies, we may expect some changes in the global situation. These organizations recognize and may even embrace the power and benefits of decentralized financial systems. The financial markets and cryptocurrency markets have yet to be affected by the Russia-Ukraine conflict. However, there are already hints that crypto could be a lifesaver in a crisis.

0
According to a popular crypto analyst, a partnership between two financial giants could trigger growth in Bitcoin (BTC) 's value to about $773,000. Here...
Read more
Companies

0
Cryptocurrencies is playing a big role in the fight against humanitarian crises in Ukraine and the UN Refugee Agency is the latest international organization to accept crypto stablecoin donations to help Ukrainian refugees.
Read more
- Advertisment -
Posting....