Bitcoin and Big Tech Are Moving in the Same Direction 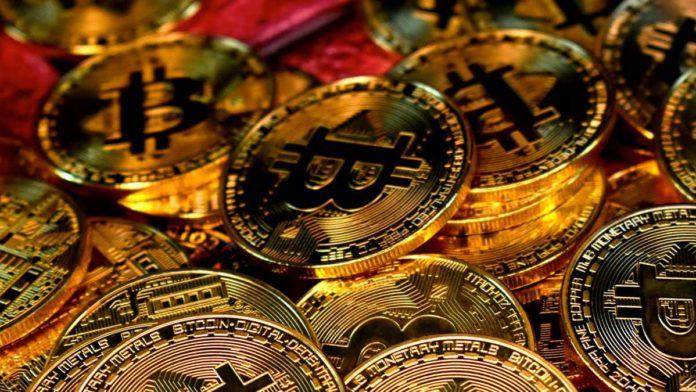 Indeed, as the article rightly points out, the price of bitcoin is showing an increasingly significant association with the Nasdaq 100 Index, especially since the onset of the epidemic.

On April 8, according to a report by Bloomberg, the correlation between bitcoin and the Nasdaq 100 index achieved a high of 0.6945 on April 8. The closer the number is to one, the stronger the link is considered to be.

According to the report:

“Since the start of the pandemic, Bitcoin has tended to move in the same direction as the Nasdaq 100 index — and they’re now in unison more than ever. The 40-day correlation between the two reached a record of 0.6945 on Friday, Bloomberg data show. The increase further erodes the argument that Bitcoin works well as a diversifier, one that’s been held up by proponents as key to its appeal.”

This association appears to be calling into doubt the premise of bitcoin as a viable option for diversification purposes, according to the data. Several years have passed since Bitcoin proponents hailed the commodity as a legitimate investment opportunity, stating that the commodity’s lack of interconnection with other markets makes it an appealing investment. But as more investors enter the market, the lack of a relationship between them becomes less noticeable. 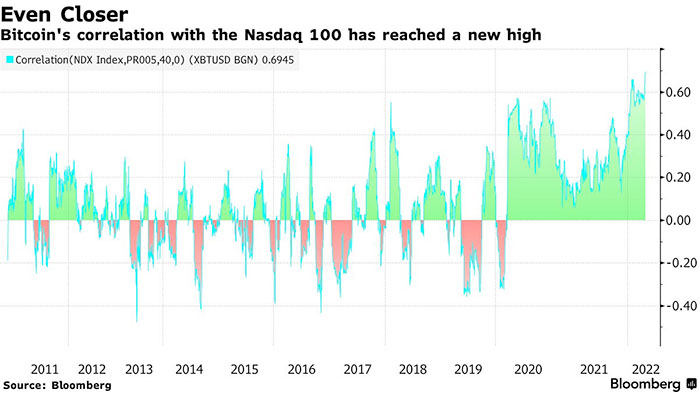 Since the beginning of the year, a number of stories have emerged describing how institutional investors are exerting control over the market’s performance. It is because of this that cryptocurrencies have gone “mainstream,” allowing the market to behave in a manner similar to that observed in regular markets.

While some people continue to feel that bitcoin is a beneficial commodity for diversification purposes, others believe that investing in bitcoin could serve as an emergency fund in times of financial crisis. Because of the rise in the price of bitcoin, the first assertion is becoming increasingly implausible, whilst the second claim is absolutely true. Additionally, professional investors predict that cryptocurrencies will continue to expand in popularity, hence increasing the overall value of the asset.

Regardless of the correlation between Bitcoin and big tech stocks, the cryptocurrency market is still very interesting for new investors. Because of the easiest path for investing in these assets, more people may be encouraged to buy and trade them. As a result, we can expect the correlation to become less when more ordinary people enter the market.