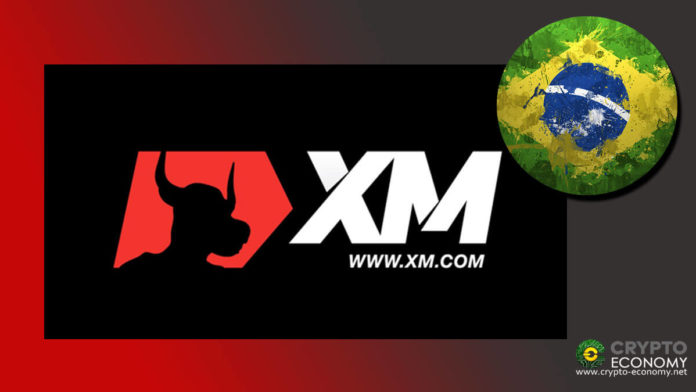 The Brazilian Securities Commission (CVM) through its Superintendence of Market Relations and Intermediaries (SMI) has officially issued a cease and desist order to XM Global Limited. The order was issued after CVM found out that XM Global Limited has been operating an exchange offering forex options in Brazil, yet the latter is prohibited.

Per the public warning letter, XM Global Limited operating under www.xm.com has been illegally offering forex trading options linked to Bitcoin to Brazilian residents. Acting in its legal mandate, CVM has ordered the closure of XM Global Limited firm immediately.

Although one of the biggest foreign exchange trading platforms in Brazil, XM Global Limited, has found itself on the wrong side of the law by facilitating the trading of BTC against the dollar. Now they have to close down or face fines of up to R $1000 that is 239 US dollars daily.

Though its platform went live in 2017, it’s now that CVM has ordered its closure. XM Global Limited also used social media platforms to market its platform.

With the execution of the order underway, CVM can now focus on carrying out investigations on three other firms present in the crypto sector. The three are NYC Technology, Blue Benx, and A2 Trader. The regulator believes the three firms are providing multi-level marketing services linked to cryptocurrencies to Brazilian residents. However, its investigations showcase the latter are pyramid schemes after scamming Brazilians.

As the CVM deals with sham crypto firms, on the international scene, CVM counterparts are also stepping up to protect their residents.

In August Philip Chitalu, CEO of the Zambian Securities and Exchange Commission come out to warn Zambians against OnyxCoin saying the firm doesn’t have approval from his agency. According to him, Kwakoo, the firm behind OnyxCoin, isn’t authorized to offer investment advice or solicit funds either within or outside the country.

Besides Zambian SEC, their counterparts in Thailand also come in out in August to warn the public against some foreign agencies operating in Thailand illegally. In the latter case, the firms have a presence online but are based overseas.

While the above depicts challenges present in the crypto sector, regulators in every region are working hard to get rid of sham exchanges. For CVM, it has banned trading of such assets in Brazil.