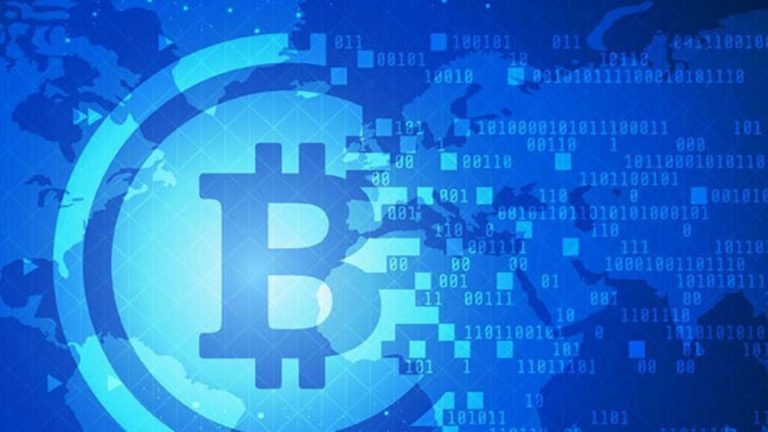 Core Blockstream developer Samson Mow revealed on his Twitter that the Bitcoin network processes nearly half a million dollars every second. According to Mow, the asset derives its bullish value not from its transaction throughput, but from high-value transactions and by offering a new financial paradigm.

A video posted by the Blockstream developer shows that Bitcoin processes by far the largest amount of value compared to any other cryptocurrency. While BTC handles around $500,000 in coins every second, the next network (BCH) manages only $29,000. Likewise, we see $23k, $7k, and $2k being processed by ETH, LTC, and XRP respectively. 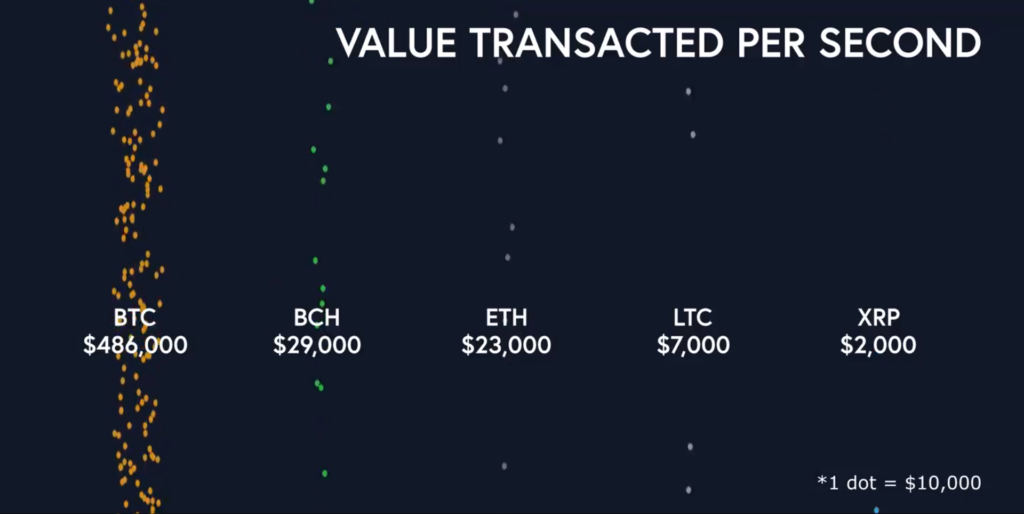 While Bitcoin’s domination in this aspect is not surprising, we see that the leading cryptocurrency has ushered in a new financial paradigm. According to Samson Mow, the question is not how many transactions Bitcoin processes, but how much value these transactions transfer.

Per the Blockstream developer’s views, Bitcoin does not have a problem with scalability at all. While that may be the truth, we see that the core blockchain developer focuses on statistics, and not the larger picture. After all, favoring value compared to speed only means that we encourage whales rather than the average user.

For some, Bitcoin may already be a fully functional platform. The network transfers value without any problems. However, the cryptocurrency behaves more like a financial asset than a currency. Because of this, we may not see Bitcoin becoming a payment method or widely adopted currency. Instead, Bitcoin’s current fate leads it to become ‘digital gold’ or a financial asset used for speculation.

Blockstream developers focus on Bitcoin transaction value and not TPS

Whatever Bitcoin’s true purpose may end up being, the cryptocurrency truly does bring a new financial paradigm that disrupts traditional systems. We may now see a discrepancy in views between those who want to use Bitcoin as a currency or as an asset for creating high-value transactions. But in the end, Satoshi Nakamoto proved that blockchain technology does have a use case and that it works in a decentralized and permissionless manner.

Statistics for ‘Estimated Transaction Value (USD)‘ from Blockchain.com shows us that Bitcoin progressed far in 2020. Since the start of the year, the total estimated value of transactions on the Bitcoin blockchain network increased from $1 billion up to $4 billion in November.

Such consistent growth shows that Bitcoin offers a serious option for both users and investors. Nevertheless, the asset still has to battle out the problem of transaction throughput at some point. At its current capacity, the Bitcoin network can in no way support more users without enforcing incredibly high fees. At such a state, it has the potential to turn away its existing retail users and any potential for widespread global adoption.

Developers are working on a second-layer blockchain-based network that can radically improve scalability. Projects such as the Lightning Network attempt to create a node network that solves the issue. But so far, the developer team had no luck with onboarding a high number of nodes and therefore scaling the network.

But whether we end up receiving access to scalability protocols or not, Samson Mow is certain that it does not matter. For him, Bitcoin has an entirely opposite purpose compared to what scalability offers:

“It’s more of a store of value and a medium of wealth transfer. It’s not something you would use every day in payments. I’ve said this before, and people have twisted around and said I hate Bitcoin, but Bitcoin is bad for payments.”