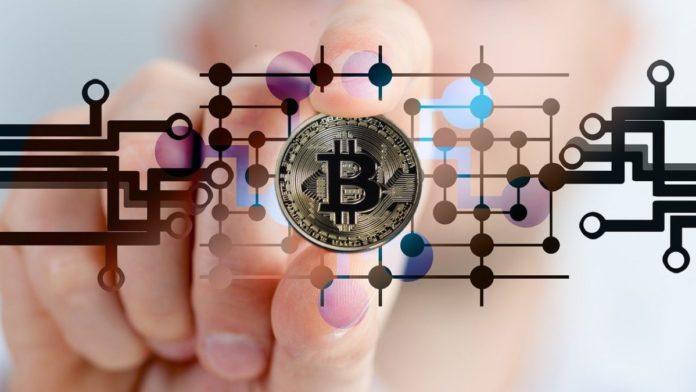 Bitcoin was the first crypto-asset that has managed to capture the public attention. But the pace at which the world is finally rapidly embracing Bitcoin and the industry, in general, is astonishing.

In the latest development, the world’s largest asset manager has opened its arms for Bitcoin. During an interview with CNBC’s Squawk Box on Wednesday, Rick Rieder, who happens to be the chief investment officer [CIO] of global fixed income at BlackRock, confirmed that the platform has started “to dabble” in Bitcoin.

The exec, however, did not detail further on what that means for its business operations. When asked about his take on cryptocurrency, this is what had to say in the interview,

He went on to say that technologies are evolving, with it the regulations are changing to an extent where a number of people believe that it should be part of the portfolio. He also emphasized that it is this demand that has triggered the bull rally.

Despite being skeptical about Bitcoin and not making any recommendations surrounding the flagship cryptocurrency, Rieder asserted,

“So we have started to dabble a bit into it (Bitcoin). I would not put a number on the percentage allocation one should have, depends on what the rest of your portfolio looks like.”

The trillion-dollar asset management giant had previously hinted on potential allocations to Bitcoin futures via some of its funds.

In a twin filing for the BlackRock Funds V and BlackRock Global Allocation Fund, Inc. dated January 20, with the US Securities and Exchange Commission (SEC), BlackRock referred to engaging in futures contracts based on Bitcoin.

This was a crucial development for Bitcoin and other cryptocurrencies which has been gaining legitimacy as an asset class.

In another news, BTC corporate backer MicroStrategy Inc also revealed upsizing a debt offering through convertible notes to $900 million, with the proceeds to be used for buying more of the crypto-asset.

With this, the business intelligence company added $300 million more to the debt issuance model in order to raise funds.

As the firm raised its stake, Bitcoin’s uptrend, which was cut short after smashing a historic run of $50K, resumed. For now, the value of the cryptocurrency has managed to correspond to the hike in exchange-traded volumes which also appeared to be resuming older highs.

Yet another bullish narrative was that institutions and crypto-trusts are locking up massive volumes of Bitcoin.

What has further opened up avenues for institutional clients was the fact that several asset managers are now offering institutional investors exposure to BTC derivatives, CME being one of the most popular platforms.

0
Four straight days of tumbling has seen Bitcoin (BTC) spiral to its lowest price of $29,961 today, since July 2021. However, the flagship token...
Read more
Bitcoin News