Home CryptoNews Companies Bitmain May Be Under Pressure As Companies Rumored Interested in IPO Refute...
CryptoNewsCompaniesFeatured 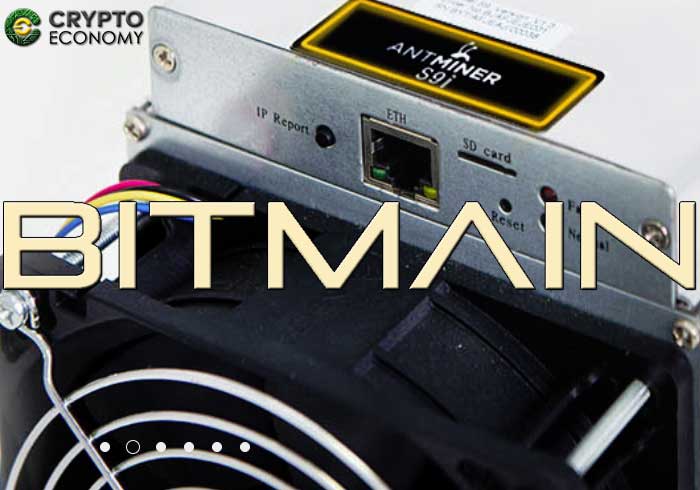 The Bitmain IPO has been in the news for some time and it is rumored that financing may be one of the largest in recent times. However, at the date approaches, there have been a series of denials as some companies initially rumored to be interested in the initial public offering are stepping out to deny that.

Bitmain may have stirred the hornet’s nest by releasing a list of “interested investors” which may not have gone down well with many in some quarters.

As at the time of reporting, two entities, SoftBank and DST Capital have stated that they shouldn’t be in the list.

The company initially seemed to have planned the IPO for September according to media reports in July, it however seems that there have been some adjustments to the schedule.

As part of the procedure for an initial offering, Bitmain submitted its financial records which were hitherto not very public to the Hong Kong Stock Exchange.

The records show that Bitmain earned profits of $701 million in 2017. It is estimated that its total income would be between $1 to 4 billion at the same period.

The first 6 months of the year saw Bitmain gross $743 million in earnings. This is despite the fact that 2018 has seen falling prices of digital currencies.

Bitmain was reported by Bitmex to have had substantial losses because the company invested a significant portion of its operating funds into Bitcoin Cash.

The report said that, “Bitmain are currently loss-making, with a negative profit margin of 11.6% for the main S9 product and a margin of over negative 100% on the L3 product.”

Although Bitmain is still the dominant force in ASIC hardware and Bitcoin mining, it has been reported that it may need to start its funding as soon as possible. Its competitors are also planning to raise funds.

A report by Stamford C Berstein & Co. stated that another challenge Bitmain faces besides its competition is its large investment in Bitcoin cash which has since lost significant value. There are indications that competition are eager to see that the mining giant loses its competitive edge and market dominance.

It has been apparent to the crypto community that the bet for Bitcoin Cash was the beginning of big losses for Bitmain. Samson Mow echoed this in a tweet:

“According to the Bitmain pre-IPO investor deck, they sold most of their Bitcoin for Bcash. At $900/BCH, they’ve bled half a billion in the last 3 months. If Bitcoin Core devs didn’t disclose the Bcash vulnerability, it could’ve wiped a billion dollars off their balance.”

WhalePanda, another analyst thinks that the losses of Bitmain may be even more that they showed, “To recap the Bitmain disaster recovery IPO:
1) They sold most of their BTC and have now over 1 million BCH
2) They purposely didn’t include the Q2 numbers for Pre-IPO buyers since they were a disaster
3) They told Pre-IPO buyers they would use some of the money to buy more BCH”

It has become obvious that the success of the Bitmain IPO may be subject to investors’ perception on the company’s ability to make the right investment and managerial decisions. Also, the fact that Bitmain is already a dominant force in the decentralized economy may be fuelling the ill will many express towards the mining giant.

0
Brian Roberts, OpenSea's new CFO, clarifies that the company is just thinking about what an IPO will look like. It clarifies the rumors around...
Read more
Bitcoin News