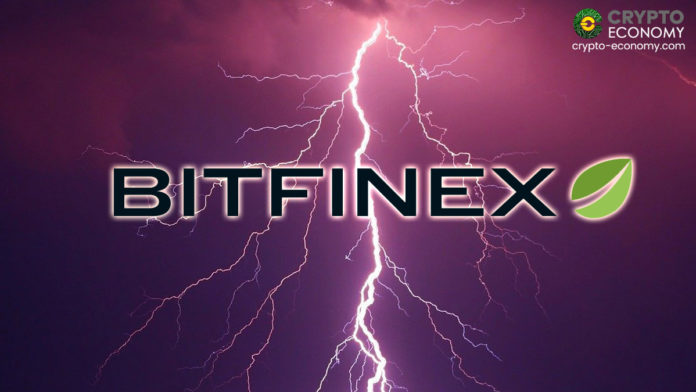 “We believe that the Lightning Network will help overcome Bitcoin’s scalability issues and bring it to a more significant number of people. What’s more, we’re confident that it could even become Bitcoin’s peer-to-peer payment layer in the foreseeable future,” according to Bitfinex Official website.

Bitfinex promises to add more features to its Lightning Network infrastructure time goes by, and users get more familiar with the new technology.

Using the new node based on the Lightning Network, users can deposit and withdraw BTC on the platform faster.

Each Lightning Network node has limitations for the maximum volume of BTC transactions. The Bitfinex node had a limit of 0.04 BTC, but the new upgrade raises the limit to 0.5 BTC.

“Payment channels will also see an increase from a maximum of 0.167 BTC to 2 BTC,” according to Bitfinex Press release.

Payment channels are the features that Bitfinex provides for transaction parties that want to send and receive cryptocurrencies. The channels that want to use the faster Lightning Network should open new channels in the new node, named bfx-Ind1.