Bitfinex and Tether will face a class action lawsuit filed in the Southern District Court of New York. 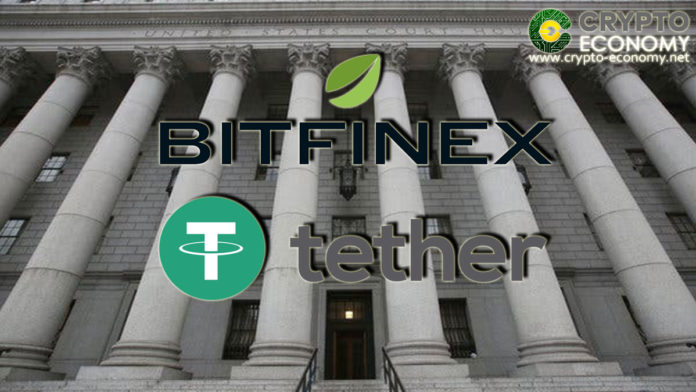 Two lawyers filed a class-action lawsuit against Bitfinex and its affiliated dollar-backed stablecoin Tether in the Southern District of New York alleging more than $1.4 trillion in damages suffered by class members.

The lawsuit was filed by Velvel Freedman and Kyle W. Roche who successfully sued Craig Wright in Florida Federal court. According to the document of the lawsuit, other plaintiffs include David Leibowitz, Benjamin Leibowitz, Jason Leibowitz, Aaron Leibowitz, and Pinchas Goldshtein and all other similar situated.

The point 2 of the documents reads:

“Part-fraud, part-pump-and-dump, and part-money laundering, the scheme was primarily accomplished through two enterprises — Bitfinex and Tether — that commingled their corporate identities and customer funds while concealing their extensive cooperation in a way that enabled them to manipulate the cryptocurrency market with unprecedented effectiveness.”

Bitfinex and Tether have been under scrutiny for years over the potential for market manipulation. On October 5, Tether responding to an unpublished research paper accusing it of market manipulation and fraud said that the company it is fully aware that mercenary lawyers are going to use this paper as a evidence for an ongoing lawsuit in the court. And it seems that the company was right as the point 13 of the document reads:

“Fully aware of the incredible harm they’ve inflicted on the cryptocurrency market, on October 5, 2019, Bitfinex and Tether published statements where they generally described the allegations contained herein, admitted that they ‘fully expect’ to be sued, and stated that they ‘would not be surprised if just such a lawsuit will be filed imminently.”

The lawsuit also claims that from 2017 to 2018, about half of the growth in cryptocurrency markets was driven by Bitfinex and Tether’s manipulative scheme and even in the face of an ongoing investigation by the New York Attorney General, the CFTC, and the Department of Justice, these two crypto companies are still continuing their unlawful activities.

The document of the lawsuit, about the damages done by Bitfinex and Tether, reads:

“Calculating damages at this stage is premature, but there is little doubt that the scale of harm wrought by the Defendants is unprecedented. Their liability to the putative class likely surpasses $1.4 trillion U.S. dollars.”