Bitcoin Price Analysis: BTC at $5,000 on the Cards 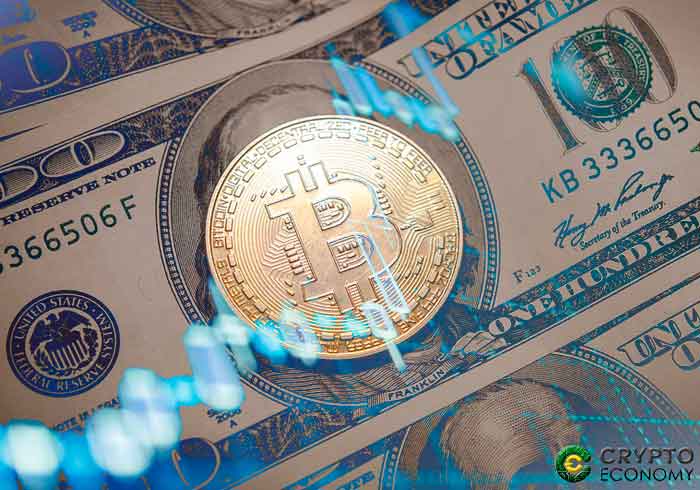 Governments take on cryptocurrencies is pretty fragmented with territories holding diverse views on the possible repercussions should they give a pass to crypto. Meanwhile, there is synchrony as far as blockchain is concerned. Everyone aggress that this digital ledger is disruptive.

There is unison that the tech might be the best thing to every happen to the world after Artificial Intelligence and the internet. It would be a gift to humanity if more use cases are created besides to spread libertarian views and rebellion as they think of Bitcoin and others as Monero.

But the view is changing and aside from Jesse Powell the chairperson of the US Fed who thinks the coin is a great tool for money laundering, Russia’s PM Dmitry Medvedev said falling asset prices shouldn’t be a justified reason to “bury” the usefulness of cryptocurrencies.

He’s convinced that Russia—which is yet to regulate the industry– should be tracking development in the nascent blockchain sector given what most open source crypto projects stand for—decentralization, freedom and ownership. Dmitry comments are days after a leading professor with alleged ties to the Kremlin said the country’s executive was considering liquidating USD reserves for Bitcoin as a precautionary measure just in case the US announce another round of sanctions. 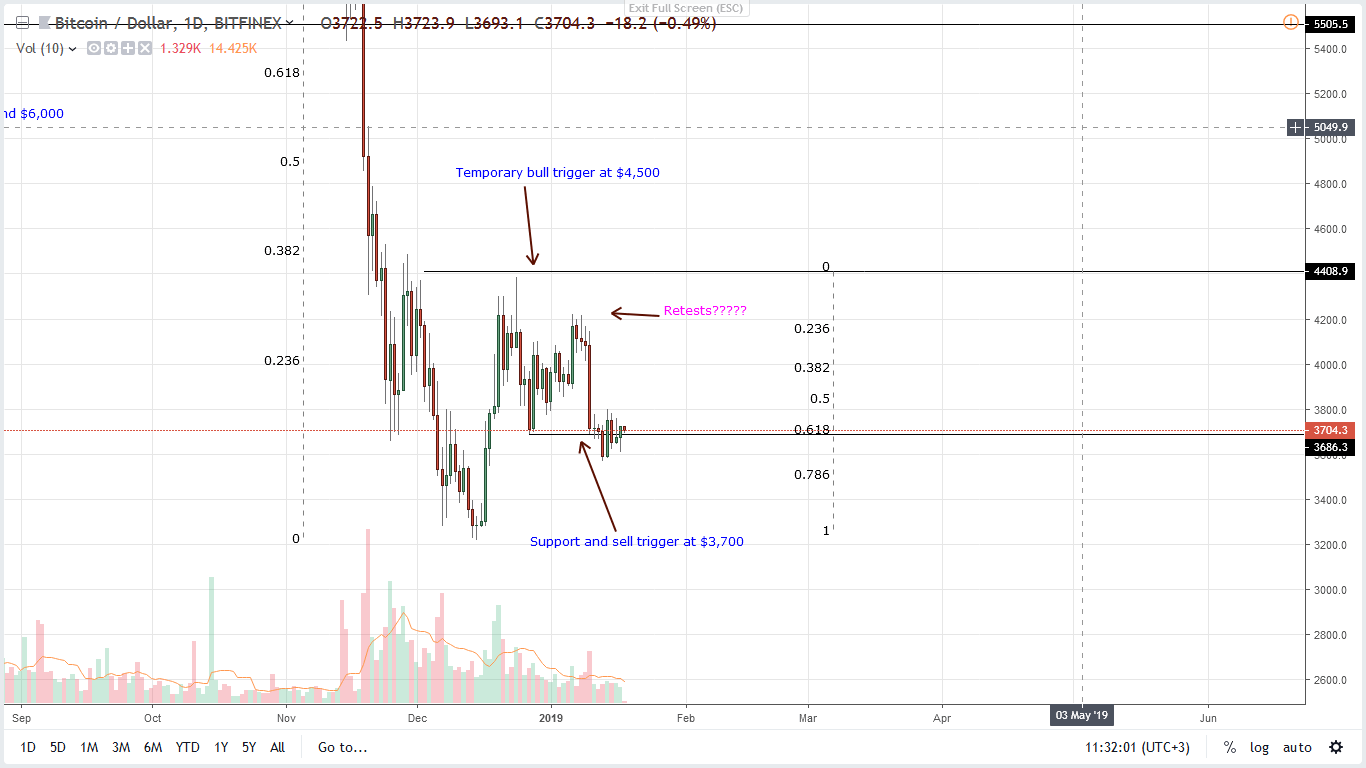 Price action is pretty scant making trading uneventful. It’s easy to see why. Not only are prices stuck in tight trade ranges–$300, in the last four days but volumes are thin. As a result, our previous BTC/USD trade plan remains valid as long as prices continue to hover above $3,700 minor support line and base of our bull flag.

We shall hold this rather bullish sentiment over the short term and as candlestick arrangement favors our stand, gains above $3,800 should trigger the first wave of bulls aiming at $4,100 and later $4,500. The $3,800 level is important in our analysis because it does confirm June 14 bulls while simultaneously founding the launching pad for bulls to rally, reversing Jan 10 losses as prices surge above $4,000.

Aside from this effort versus result assessment, Fibonacci tools hint of bulls in the near term. When we anchor this tool on Dec 2018 high low then we realize that BTC is finding support right off the 61.8 percent Fibonacci retracement level which coincidentally flushes with Dec 28 lows.

For this reason, ideal and aggressive buy triggers at $3,800 is above the 38.2 percent Fibonacci retracement level over the same time frame. As Fibonacci rules dictate, we expect BTC prices to rally above $4,500 towards $5,000 or the 161.8 percent Fibonacci extension level.