Bitcoin Crash: A win for the cryptocurrencies? 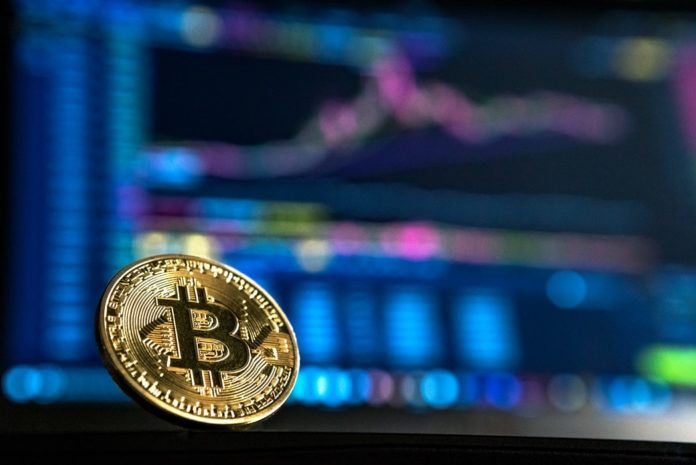 The world is changing all the time. New ideas are entering the market, old concepts are getting refurbished or completely reformed. Globalization has a huge impact on each and every one of us. The stock markets are changing, new currencies are occuring, a global pandemic has a firm grip on the entire humanity causing restrictions and heavy measures by the governments, powers are shifting, some people got incredibly rich, others struggle to survive. One thing we all can agree on is that we definitely live in a fast world.

One of the most recent inventions which had an immense impact on the market is the appearance of cryptocurrencies. The new digital currencies already took over big parts of the market and entire sectors have already shifted towards them. Whether fast private money transfers, investments, Tesla or Bitcoin Casinos, the new currencies are already well established in many parts of daily life. Many have raised their doubts and see Bitcoin and its little siblings as highly speculative and not very long-lasting or sustainable. Others see a real vision behind the projects and are sure that cryptocurrencies will replace all fiat currencies in the very near future.

Whether you’re thinking about buying, have already invested, or are simply curious about what’s going on with the cryptocurrencies, here are a few things to know about the latest crash.

It is not easy to say who is right, as both sides have good arguments, but one thing seems to be clear, at least since the latest events on the market, the cryptos are not as stable as other things on the market. After starting the year reaching staggering new highs and breaking all expected records, the digital currencies are now plummeting just as quickly as they rose. The big players Bitcoin and Ethereum both dropped down around 30 % since mid-May, leaving investors and those who worked and relied already on the new currencies shattered. Dogecoin, the coin that came out of the dark and surprised everyone, has dropped by even more than 40 % in an extremely short amount of time. But what exactly happened?

The crash was not foreseen by anyone and literally came out of nowhere, which is the reason for many people losing lots of money in a pretty short amount of time. One factor that led to the crash was simply the following. The CEO of Tesla, Elon Musk announced in his spontaneous manner that the company would suspend its acceptance of Bitcoin as a payment method due to concerns over the sustainability of the coin. As the mining process of Bitcoin requires an extremely high amount of electricity which mostly still comes from coal powered plants, the impact that Bitcoin has on the environment after all is not very pretty.

As the new currencies need a widespread adoption from merchants, the announcement of Tesla accepting Bitcoin as payment option earlier this year brought a big excitement to all Bitcoin supporters and let the charts rise. Now as exactly the opposite happened, the charts reacted quickly in the opposite direction.

Around the same time as Tesla’s announcement, China began cracking down on cryptocurrency as well. As Bitcoin miners have been concentrating on China for a long time due to the low electricity prices, the announced penalties were a blow for the industry.

This all may appear as a pretty bad sign for digital currencies like Bitcoin and Ethereum. At first sight it looks like those cryptocurrencies were not very stable after all and certainly do not look promising for newcomers after this crash. But one should never judge a book by its cover and one should certainly look deeper into the opportunities this new shift has brought.

Because the cryptocurrency market means different things to different people. To whom it represents an object of speculation the latest crash may seem like a setback but for those who understand cryptocurrencies as a new financial system the crash may not mean that much. As we are used to centralized monetary systems, we have seen that these systems are not very stable and may collapse easily as we have seen in the banking crisis in 2008 for example.

The new cryptos are working with a decentralized system though. These decentralized protocols which could be the future of all financial global systems, worked as designed and never went down. Even if an announcement of a government or a company to crack down on the cryptos can impact its value dramatically, the system it is based on works still on 100%. This shows that if more and more merchants adapted the new currencies, actually a higher stability can be established.

Furthermore many experts see the current crash just as a small drop of which the cryptos would recover quickly. Especially now may be the right time for newcomers and investors to invest as the prices are extremely low. The past has shown how surprisingly fast the new currencies can rise in value and it may just be a question of time until they jump up again.

If you look at the last 12 months Bitcoin is still more than 270 percent in the green area, including the crash. Big american investors like Robert Kiyosaki have expressed their joy about the low prices on Twitter, announcing big upcoming investments. Interested people should consider to jump on with small amounts due to the high volatility.

The world’s best investor Warren Buffett once said that it is wise for investors to be “fearful when others are greedy, and greedy when others are fearful.” Right now may be the time to be informed, patient, careful and objective, but not fearful. The cryptocurrencies are a revolutionary invention, which definitely brings new opportunities to investors, companies and governments and may even be the key to a new monetary system which operates extremely fast, decentralized and global.

julia
Julia is a Cryptocurrency enthusiast, is responsible of communications and the PR department of Crypto Economy. Self-taught and eager to learn day by day about the world of blockchain and cryptocurrencies.
Companies

0
The ongoing bear crypto market has caused significant disruption in the industry. A renowned bitcoin mining company, Compute North is the latest firm to...
Read more
- Advertisment -
Posting....
We use cookies to ensure that we give you the best experience on our website. If you continue to use this site we will assume that you are happy with it.OkPrivacy policy