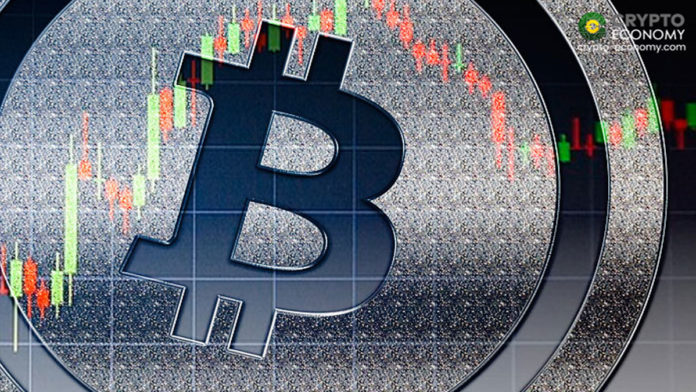 Bitcoin is down roughly five percent from this week’s high and within a bear breakout formation. The inability of bulls to push prices above $32k indicates that sellers might have the upper hand.

Although optimistic buyers might find entries at spot rates, accumulating on retracements, there are better opportunities above $32k if there are confirmations of early this week’s gains.

Technically, sellers are in a commanding position despite gains above the consolidation and bear flag. Risk-averse traders may stay on the sidelines, waiting for strong gains above critical resistance or support lines.

According to trackers, the drop of June 1 saw over $470 million of long positions liquidated, with the most affected being traders on BitMex.

This was mainly due to the over 89k traders who had placed long positions on leverage, expecting further gains and taking a cue from developments early this week. Their optimism stems from fundamental factors, especially in the U.S.

Bitcoin mining in most areas in Europe and North America is powered by renewable solar or wind energy, with the latest entrant being North Dakota. The state will host a Bitcoin and cryptocurrency mining firm that will run its operations entirely on green energy. 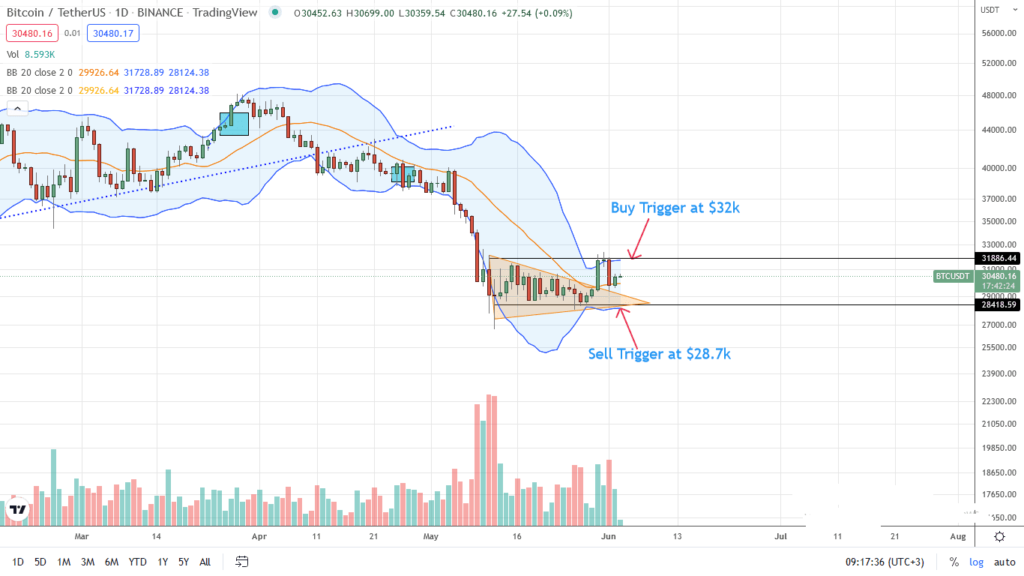 At spot rates, Bitcoin is stable versus the USDT and up six percent week-to-date. Notably, prices are still trading within the June 1 bear candlestick even as bulls soak in selling pressure.

From the BTCUSDT arrangement in the daily chart, bears are still in control as long as prices are trading below May 11 highs of $32k. Ideally, a high volume break above $32k confirming gains early this week and the close above the bear flag could propel BTC to $34k and better in the immediate to medium term. This development could draw active traders to action, allowing them to ride the wave as BTC recovers.

Before then, BTC is in a bear breakout formation, and prices back in a broader consolidation defined by May 9 to 12 trade range. A close below $28.7k would trigger a sell-off, allowing traders to unload on pullbacks while targeting $24k.

0
The concept of cryptocurrency arbitrage refers to the strategy where an investor buys a cryptocurrency on one exchange and then quickly sells it on...
Read more
Price Analysis