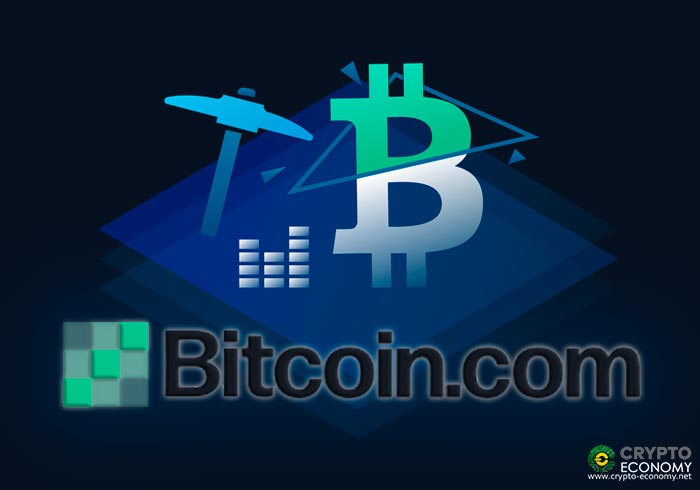 Bitcoin.com, the company behind the Bitcoin Cash cryptocurrency has chosen a new way to tell the Bitcoin story. On Monday, June 17th, the company announced its brand redesign that features a bold new color palette and logo, a scheme that will grace through most of the Bitcoin.com products including the resource website, news section, marketplace and wallets.

The color palette embraces several shades of green that are a noticeable distinction from the popular orange theme of Bitcoin and other Bitcoin Core knockoffs (such as Bitcoin Satoshi Vision).

The new rebrand lends the company a new voice and an interface that better tells the Bitcoin Cash story and helps differentiate it from the rest of the Bitcoin community thereby avoiding the inherent confusion that has plagued the brand, especially towards new users.

The new Bitcoin.com logo consists of three prominently showcased blocks stacked edge to edge against each other in ascending order to the right, a design that is meant to signify the constant growth and upward trajectory of the Bitcoin Cash cryptocurrency. As explained by Andrew Todd, the Head of Design at Bitcoin.com:

“The new logo exemplifies accessibility. It consists of bold and legible ‘Bitcoin.com’ logotype paired with a clean grid of blocks, which is representative of the intended scalable nature of Bitcoin blocks themselves. Color-wise, we have the brightest green moving in an upward-right trajectory, showing constant growth. This is finished by tight kerning of the Bitcoin.com lettering, reinforcing the solidity of our brand.”

With the previous color palette of bright Orange, the Bitcoin Cash and Bitcoin.com brand were always associated with Bitcoin Core the flagship cryptocurrency and often lived in its shadow. With the newly launched brand, maybe Bitcoin.com will finally succeed in coming out from under the Bitcoin Core shadow and forging a path for itself and its community. It has struggled to differentiate from its bigger brother but now, with the new colors, it might actually realize its vision.

“Reimagining our brand, we took a step back and identified our values,” said Todd adding that “With universal accessibility being our most important value, we set out to create a color palette that would not only resonate with people and help create a lasting identity, but would work seamlessly across devices, in different environments, and for people with visual impairments.”

Roger Ver, an early angel investor to Bitcoin.com and now CEO of the company commended the new brand which has been under production for the last six months. He said “The rebrand is a bold new chapter for Bitcoin.com. It’s an invitation to everyone out there: let our products show you how economic freedom can empower you.”

0
The first-ever fully decentralized virtual world, owned and governed by its community of users, opens its gates to the public. After thousands of hours...
Read more
Price Analysis

0
Bitcoin price performance has been a joy to watch for holders and traders. True, in the second half of 2019, prices collapsed from $13,800...
Read more
CryptoNews

0
Sacramento Kings, an American professional basketball team playing under National Basketball Association (NBA), has launched an Ethereum-based live in-game sports gear auction platform that...
Read more
- Advertisment -
We use cookies to ensure that we give you the best experience on our website. If you continue to use this site we will assume that you are happy with it.OkPrivacy policy