Bitcoin.com and Roger Ver Launch a $200M Fund to Support Development on the Bitcoin Cash Ecosystem 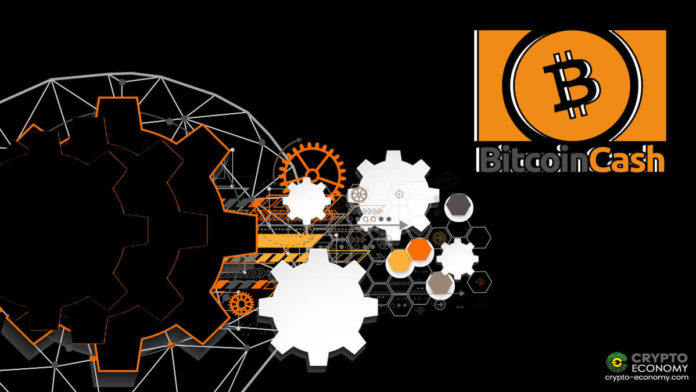 Bitcoin.com, the company headed by leading Bitcoin Cash proponent Roger Ver has announced a $200 million Bitcoin Cash Fund that will be used to invest in Bitcoin Cash-focused businesses.

Roger Ver announced the launch of the new fund in London during a Bitcoin Cash meet up in London hosted by cryptocurrency wallet developer Blockchain.com. According to the announcement, Bitcoin.com and Roger Ver will seed the fund as it seeks to add more investors interested in participating. Bitcoin.com CEO Stefan Rust said in a statement that the company is excited to launch the fund as it seeks to grow the BCH ecosystem.

“Bitcoin.com receives between 6 [and] 8 business plans every day from software entrepreneurs leveraging the unique features and capabilities of the Bitcoin Cash blockchain,” Rust said adding that “Bitcoin.com now has the resources and team to support these BCH entrepreneurs, grow the value of their businesses and spread bitcoin cash adoption.”

So far, Rust and his team have identified a group of 20 investors willing to come on board to support these startups through their investments.

“Bitcoin.com would charge a fee helping institutional investors manage the fund, on top of the fees to access the underlying payment businesses,” an announcement post on the Bitcoin.com website noted.

Roger Ver said that there are several businesses looking to build on top of the Bitcoin cash blockchain and the fund was specifically built to address their needs.

“There is so much great infrastructure and businesses being built in the Bitcoin Cash ecosystem every day,” he said in London on Tuesday during the meetup. “Bitcoin.com is going to accelerate the development with our million-dollar ecosystem investment fund.”

So far the details for the fund are not yet finalized but businesses are invited to submit their business plans to be included in the portfolio. Investors will then be invited to go through the business plans to identify businesses that they choose to fund. According to the Bitcoin.com announcement, the company is looking to “invest in and incubate businesses like payment gateways, processors remittances, wallet, and merchant acquirers.”

Bitcoin.com recently launched its cryptocurrency exchange in September this year providing traders the platform to exchange crypto assets such as Bitcoin Cash, Ethereum, Ripple, Litecoin, EOS and Bitcoin Core. The company also announced a partnership with electronics manufacturer HTC that led to the addition of BCH support to the native wallet on the HTC blockchain phone Exodus 1.